Pet population still on the rise, with fewer pets per household

Both dog and cat populations have increased in recent years, as well as the percentages of households owning dogs or cats, but there are fewer pets per household. Animal shelters are a key source of new pet acquisition—accounting for 40% of cats and 38% of dogs in 2020.

Rosemary Radich, principal data scientist in the AVMA Veterinary Economics Division, laid out preliminary results from a recent AVMA survey of over 2,000 pet owners during the session “The Market for Pet Owners” at the annual AVMA Veterinary Business and Economic Forum, held virtually Oct. 14-16.

The survey, fielded in February and March 2021, asked pet owners about their experiences in 2020. Comparisons were made with the 2017-18 edition of the AVMA Pet Ownership and Demographics Sourcebook, which drew on data from 2016. 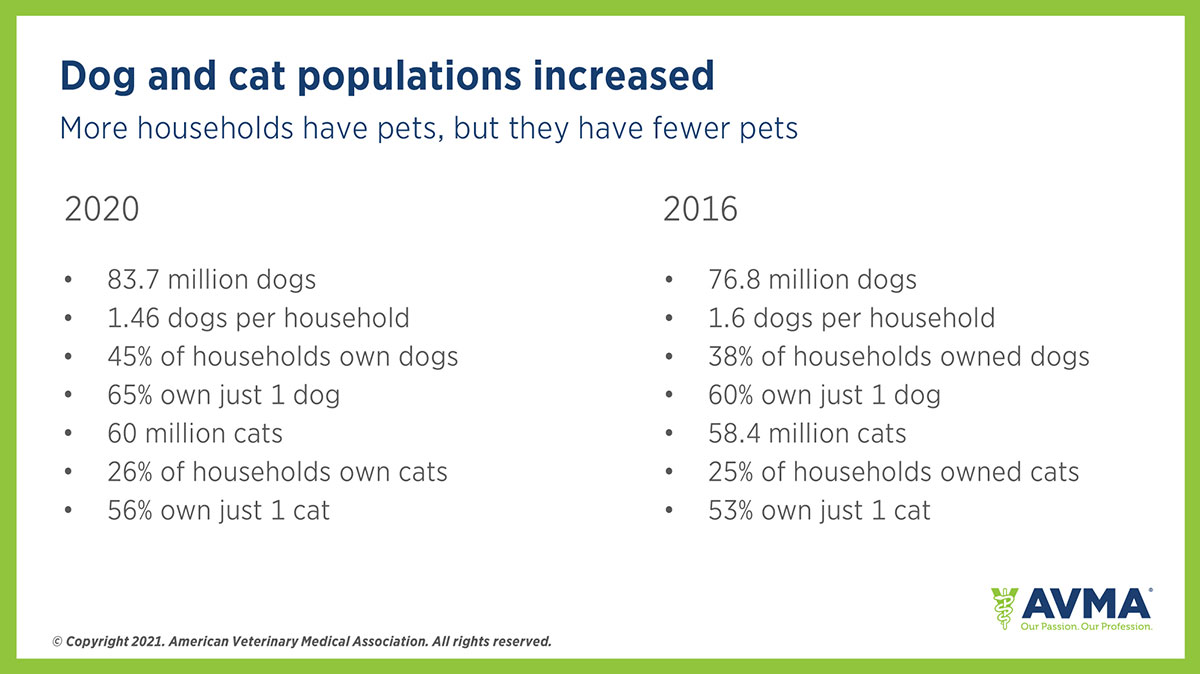 While animal rescues and shelters are a key source of new pet acquisition, 42% of dog owners in 2020 said they got their dog from a store, as did 43% of cat owners. However, stores are increasingly providing pets from shelters and rescues, which explains why 24% of pet owners indicated they got a pet from both a store and a shelter.

The effects of the COVID-19 pandemic were slightly evident in the results. People who work remotely were eight times as likely to get a new pet in 2020. Other people likely to get a new pet this past year were homeowners with a household income over $100,000, those who were financially the same or better off since the pandemic began, and those under 45 who were married with children.

Having more time was a reason that about two-thirds of married and never-married respondents cited for their new ownership of a pet, while companionship was a reason for 55% of respondents who were divorced, separated, or widowed.

Radich noted that new pet ownership and reasons for ownership vary by a combination of marital status, economics, and labor markets, and recent changes may not be sustained in the long term. For example, as COVID-19 restrictions loosen and participation in remote work changes, she said, it’s important for veterinarians to remain flexible because previous increases in demand may be temporary and cyclical. 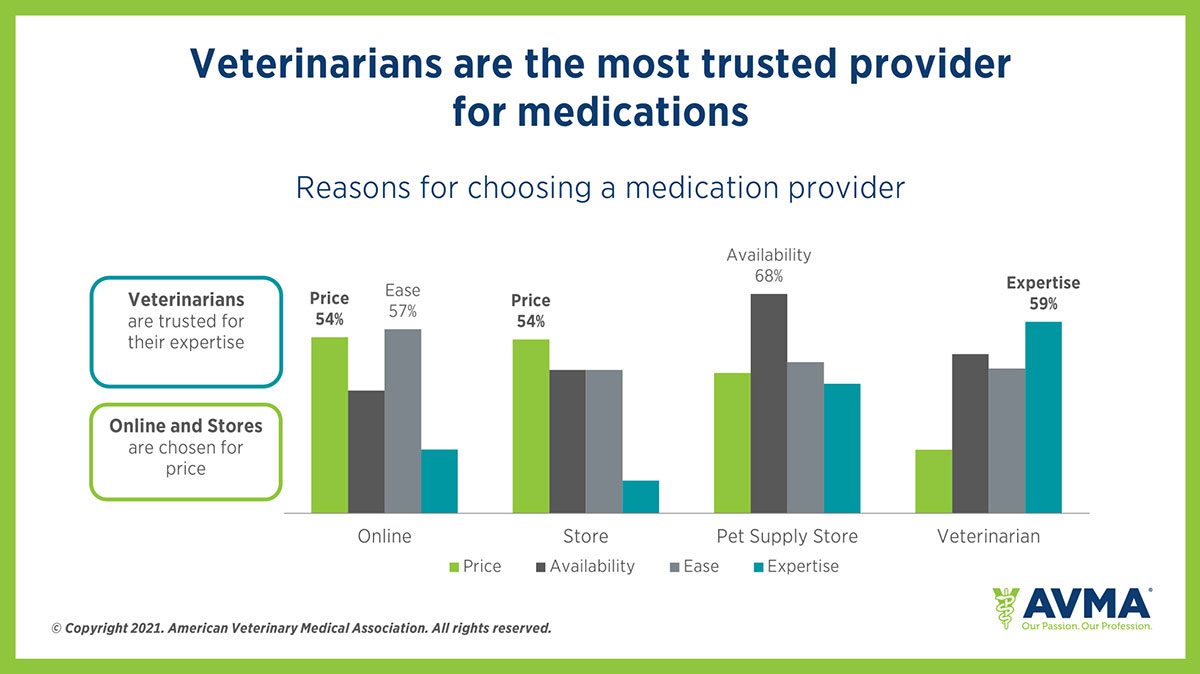 Much has been made about the busyness of veterinary practices during the pandemic. Contributing to the sense of busyness has been not only the uptick in veterinary appointments but also the irregular flow of patients and clients from the height of the pandemic to now, combined with the disruption of COVID-19 to practice operations, declining productivity, and higher turnover.

While many pet owners have seen an increase in wait times, particularly at emergency clinics, only 3% of pet owners reported having to wait four weeks or longer to book an appointment at clinics overall last year. In fact, 66% of cat owners and 62% of dog owners said they were able to book an appointment less than one week out in 2020. And at their appointment, over 85% of owners waited less than 30 minutes. These figures were not broken down by practice type, Radich noted. Also, the survey took place in early 2021 and asked respondents about their last visit, which was most likely to have occurred in 2020.

Of those owners who did not visit a veterinarian in the preceding two years, 28% said the primary reason was that their pet did not get sick or injured, 26% said their pet did not need vaccines, 18% responded that they gave vaccines or care themselves, and 9% said they did not have the money.

“Practices offer a continuum of care, and when veterinarians offer medication, they (pet owners) can see that as an extension of expertise,” Radich said.

She added that medication can be a key revenue stream because pet owners spend a significant percent of their budget on veterinary care, with medications being a large percentage of care costs.

The AVMA will make more information from the recent survey available in 2022, including information on pet owner satisfaction and loyalty.

Information for AVMA members on how to best communicate with clients is available in a new e-book, “Language That Works: Changing the Way We Talk About Veterinary Care,” which can be downloaded for offline use by the whole team.

Are we in a veterinary workforce crisis?

Client communication in a post-trust era requires a new perspective