The U.S. Department of Education announced in mid-April that it will take steps to bring borrowers closer to income-driven repayment and public service loan forgiveness by addressing past failures in the administration of the federal student loan programs.

As of the end of March, all federal student loan debt stood at $1.6 trillion among 43.4 million borrowers, according to the office of Federal Student Aid. About 8.7 million people were enrolled in income-drive repayment plans to pay off their debt. Collectively, these borrowers owed $543.5 billion in outstanding principal and interest, according to government data, and a third owed $60,000 or more. 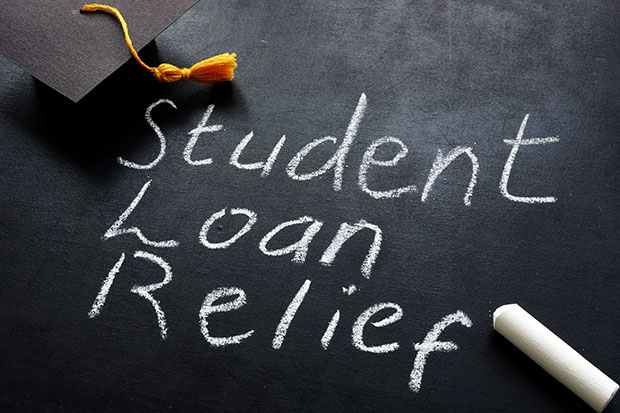 In addition, for those enrolled in an IDR plan, the Public Service Loan Forgiveness Program forgives the remaining balance of federal educational loans for borrowers, including veterinarians, who make 120 qualifying monthly payments during their work in public service or work for certain tax-exempt nonprofit organizations.

Prior to a recent overhaul last fall, however, about 98% of PSLF applications were rejected, and just 16,000 borrowers had ever received a loan discharge since the program began in 2007, according to the Department of Education. The department has since then approved $6.8 billion for more than 113,000 public servants through improvements to PSLF. The DOE also expanded eligibility for the PSLF Program through Oct. 31.

More recently, a Government Accountability Office study came out in March that showed at least 7,700 federal educational loans totaling about $49 million potentially had enough qualifying payments to be eligible for IDR forgiveness as of Sept. 1, 2020, but only 157 loans had received forgiveness by June 2, 2021.

“Until Education takes steps to address such errors, some borrowers may not receive the IDR forgiveness they are entitled,” the report warned. “This risk will increase as Education data show loans potentially eligible for IDR forgiveness will climb to about 1.5 million loans by 2030.”

The DOE announced actions April 19 aimed at resolving those issues by ending steering borrowers toward forbearance and improving tracking of progress toward IDR forgiveness.

The Department of Education will be conducting a one-time account adjustment that will count time spent in forbearance of more than 12 consecutive months or for more than 36 months cumulative toward forgiveness under IDR and PSLF. The DOE also will increase oversight of loan servicers’ forbearance use.

The department’s review of IDR payment-tracking procedures has revealed significant flaws that suggest borrowers are missing out on progress toward IDR forgiveness. The department plans to address this by conducting a one-time revision of IDR payments for all Direct Student Loans and federally managed Federal Family Education Loan Program loans. Any months in which borrowers made payments will count toward IDR, regardless of repayment plan. Payments made prior to consolidation on consolidated loans will also count.

The DOE also will fix IDR payment counting by issuing new guidance to loan servicers and modernizing its data systems. In 2023, the FSA will begin displaying IDR payment counts on StudentAid.gov so borrowers can view their progress after logging into their accounts.

Federal Student Aid estimates that these changes will result in immediate debt cancellation for at least 40,000 borrowers under the PSLF Program. In addition, the department projects that 3.6 million borrowers will be three years closer to receiving loan forgiveness through the IDR program, and thousands will be eligible for forgiveness immediately after the changes are implemented.

The Department of Education said it will begin implementing these changes immediately, but borrowers may not see the effect in their accounts until the last quarter of 2022.

Educational debt through a pandemic lens