Compared with last year, more graduates had a DIR between 0.01:1 and 1.99:1—which is considered a safe ratio—and there was a jump from $90,722 to $99,593 in the mean weighted starting salary, in 2020 dollars, for veterinary graduates entering full-time employment. Both factors helped contribute to the overall decrease in the DIR, said Bridgette Bain, PhD, associate director of analytics at the AVMA.

Drawing on data from the 2021 AVMA Senior Survey, Dr. Bain spoke on “Supply and Demand in the Market for Veterinary Education” at the annual AVMA Veterinary Business and Economic Forum, held virtually Oct. 14-16. 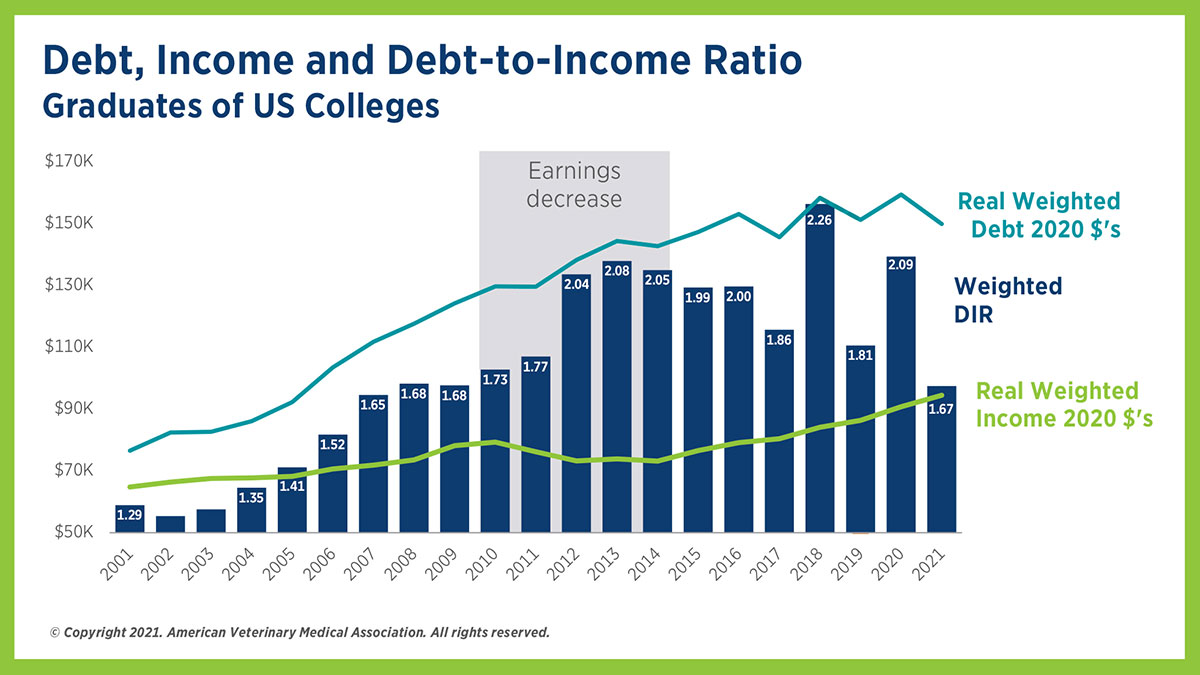 Looking at data for 15,815 new graduates from 2017-21, 49% joined companion animal practices, while a third went into internships, residencies, or another type of advanced education. Dr. Bain drew attention to the correlation between the strength of the economy and the area that recent graduates choose by comparing 2013—not long after the Great Recession—with 2021.

Dr. Bain noted that new graduates with higher debt seem to seek out jobs with higher incomes. At the same time, practices owned by corporations or consolidators, on average, pay new hires more than independent private practices, as well as give larger signing bonuses and relocation allowances.

Over the past two decades, educational debt held by veterinary graduates increased by a mean of 5.5% annually, but there is wide variation in the mean annual increase among veterinary colleges. 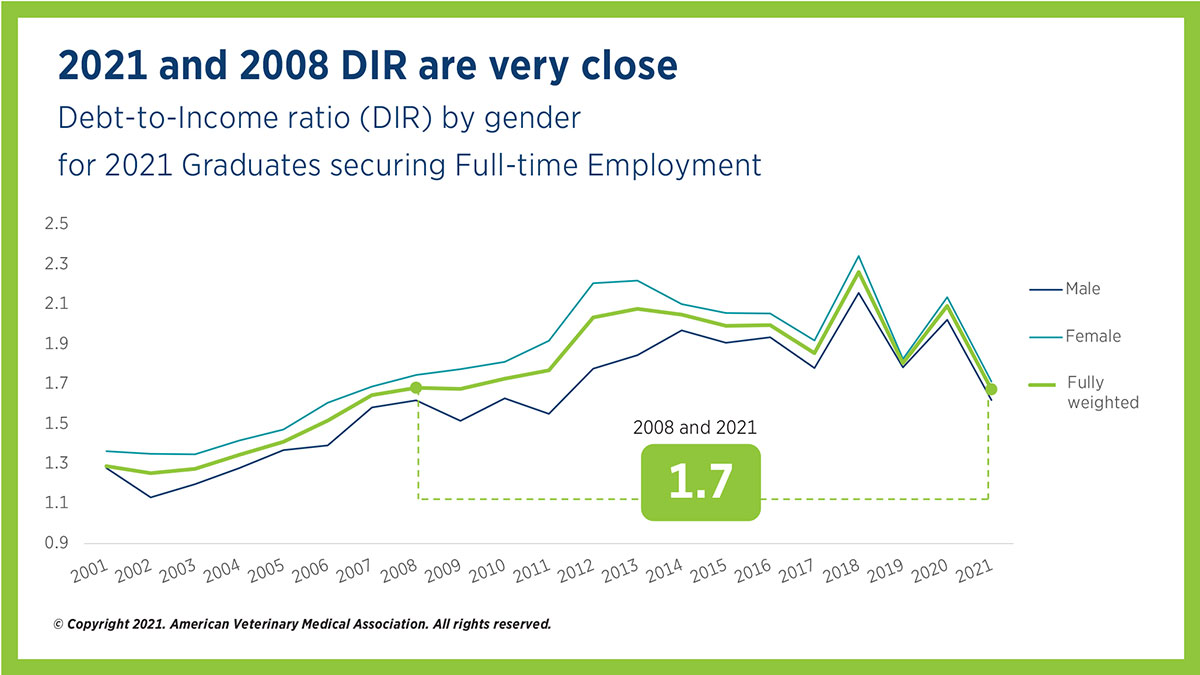 Overall, 18% of veterinary graduates this year had 76%-100% of their tuition, fees, and living expenses covered by family, which Dr. Bain said correlates with those who had zero debt, while 43% had no support from family. Many of those individuals likely were part of the 48% who reported covering 76%-100% of their costs with educational loans. Notably, 58% of new graduates said they did not use personal savings to cover any costs, and 43% of new graduates said scholarships did not cover any costs.

Finally, Dr. Bain pointed out a correlation between the number of animals that veterinary students own and their educational debt. For each additional animal that a veterinary student owns, debt increases by $7,500.