A U.S. Department of Agriculture–developed vaccine protected pigs against African swine fever in a second study.

Results published Sept. 28 indicate pigs administered the candidate vaccine not only survived but often remained free of clinical signs of illness when experimentally inoculated with an ASF virus strain that has been circulating in Vietnam. The work follows previous results, published in April 2020 in the Journal of Virology, that indicated the candidate vaccine was effective against a strain first identified in 2007 in the country of Georgia.

The new results, published in September in Transboundary and Emerging Diseases, resulted from a collaboration of scientists from the U.S. Department of Agriculture’s Agricultural Research Service, which developed the vaccine, and National Veterinary Joint Stock Co., which conducted the studies at its facility in Vietnam. The study results are available online ahead of print.

Dr. Douglas Gladue, who is a research microbiologist for the ARS and one of the developers of the ASF candidate vaccine, said NAVETCO was able to show the vaccine protected European and Asian breeds of pigs against a virus strain recently isolated in Vietnam. His co-developer and fellow ARS research biologist Manuel Borca, PhD, said the vaccine was based on a 2007 isolate from the country of Georgia, and the report showed the vaccine could protect against a strain of ASF that had evolved in the years since.

Dr. Gladue said the company plans to conduct field trials in Vietnam, but those studies had not begun at press time. 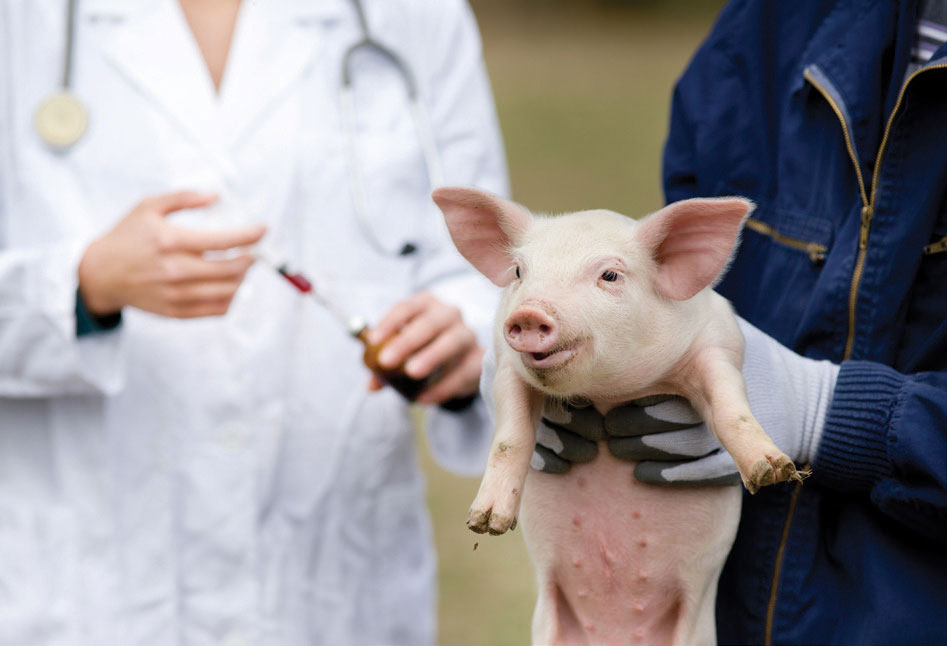 ASF is a highly contagious and deadly disease of pigs, and outbreaks can kill entire herds. The results of the study in Vietnam became available nine days after animal health officials in Haiti reported to the World Organisation for Animal Health (OIE) that the virus had been detected in their country. The virus has been in the neighboring Dominican Republic since at least April, the first infections identified in the Western Hemisphere since 1984.

The Transboundary and Emerging Diseases article indicates researchers tested the candidate vaccine on two sets of mixed-breed pigs, some of them Yorkshire and Landrace crossbred pigs and some of them Vietnamese Mong Cai crossbred with either Landrace or Yorkshire pigs. The researchers checked for effectiveness of four different doses of the vaccine as well as how quickly the vaccine offered protection.

When challenged with ASF inoculation 28 days after vaccination, three of five pigs in the lowest-dose group developed disease and were euthanized, but all pigs in the remaining three groups survived, which Dr. Gladue said aligns with previous results. In a second experiment, the researchers found that the vaccine protected only half of pigs challenged 14 days after vaccination, but all of the pigs challenged after 21 or 28 days survived without clinical signs of disease.

Jianqiang Zhang, MD, PhD, associate professor of veterinary diagnostic and production animal medicine at Iowa State University, said the ARS team had performed pioneering work in developing the vaccine candidate, which he predicts will have a bright future.

He noted that those scientists not only identified a gene they could delete to attenuate the virus within the ASF virus’s large and complex genome, but also developed a cell culture–adapted ASF virus strain that could replicate in inoculated pigs but was attenuated and able to induce protection against ASF. That latter development overcame a previous dependence on fresh cells because naturally occurring ASF virus strains efficiently replicate only in fresh swine macrophages.

Guarding against an outbreak, expecting its arrival