The American Association of Equine Practitioners has published guidelines to assist veterinarians with identification, diagnosis, and control of contagious equine metritis. And the U.S. Department of Agriculture has proposed amendments to regulations for the importation of horses, including changes to rules relating to CEM.

CEM is a nonsystemic venereal disease of horses caused by the bacterium Taylor equigenitalis that results in short-term infertility in mares and rare abortion. The United States is considered to be free of CEM, but six outbreaks have occurred in the U.S. in the past 15 years, including a 2008-10 outbreak during which over 1,000 exposed horses in 48 states were required to be tested, resulting in 23 contaminated stallions and five infected mares being identified and treated. 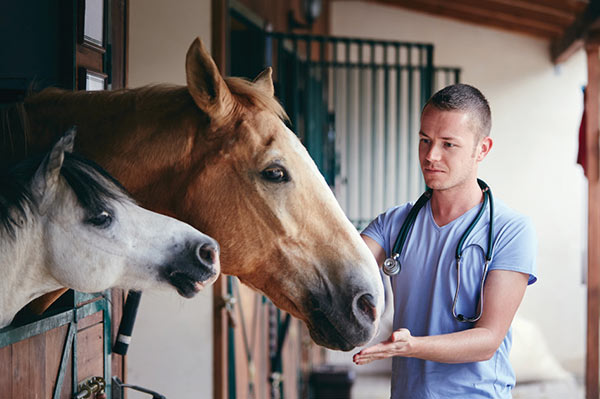 “Outbreaks in the U.S. have demonstrated the risk of incursions and the need for surveillance in the active breeding population to identify cases early and limit disease spread,” said guidelines co-author Dr. Abby Sage, Richmond staff veterinarian for the Virginia Department of Agriculture and Consumer Services, in a Nov. 18, 2021, AAEP announcement about the new guidelines. “Several of these outbreaks also demonstrated significant stallion-to-stallion spread of Taylor equigenitalis via fomites and inadequate biosecurity during semen collection and stallion handling.”

Dr. Sage and co-author Dr. Peter Timoney, chair in equine veterinary science at the University of Kentucky’s Gluck Equine Research Center, advises equine practitioners and stallion owners or managers to follow stringent biosecurity protocols when collecting semen and handling stallions and to consider implementation of annual testing of active breeding stallions prior to breeding season as an ongoing assurance of disease freedom.

Read the AAEP guidelines on CEM.

On Nov. 26, 2021, the USDA Animal and Plant Health Inspection Service announced proposed amendments to its import regulations for horses to better align APHIS regulations with international standards and to allow APHIS and the equine industry more flexibility for permitted imports, while continuing to mitigate the risk of bringing equine diseases such as CEM into the United States. The proposed regulations also provide APHIS with more regulatory authority to enforce standards for transporting horses.

Other proposed changes add requirements for health certifications; remove the requirement that horses permanently imported from Canada undergo inspection at the port of entry; require that horses that have been in  Central America or the West Indies comply with the same regulations that apply to horses directly imported from these regions, given the greater risk of equine diseases of concern from these areas; and add requirements for shipping containers, including disinfection requirements and measures to ensure horses are transported safely.

This proposed rule is on display in the Federal Register. APHIS is accepting comments through Jan. 28.