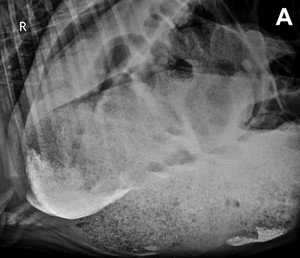 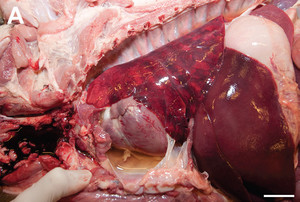 Veterinarians and other practice staff members can help prevent and respond to domestic violence by being educators and witnesses. In other news, a three-year project with about $3 million in backing will help give more pets access to basic veterinary care.

In the human health field, researchers have shifted from looking at the causes of burnout to understanding and promoting physician wellness. One recurring approach has been the use of professional development groups.

A cross-sectional survey involving 2,154 dogs and 1,902 cats admitted to 22 nonprofit spay-neuter clinics across the United States found that 49% of the dogs and 77% of the cats had not been examined previously by a veterinarian, except during vaccine clinics. Also, 1,144 of 1,416 (81%) cats and 572 of 1,794 (32%) dogs ≥ 4 months of age had not received a rabies vaccination. Common reasons for clinic choice included cost; friend, neighbor, or family recommendation; and good reputation. Overall, findings indicated that nonprofit spay-neuter clinics predominantly served low-income clients and animals lacking regular veterinary care.

Results of a cross-sectional study indicated that internal rotation associated with grade 2 or 3 medial patellar luxation in small-breed dogs did not have a clinically relevant effect on measurement of the tibial plateau angle. The study involved 15 small-breed dogs (25 stifle joints) with grade 2 or 3 MPL, with TPA measured twice on radiographic images by 3 observers. For all observers, TPA measurements differed significantly between the first and second measurement sessions, but by a mean value of only 0.7°. A few significant differences were identified, but all mean differences were ≤ 1.7°.

Thoracic computed tomography for the diagnosis of chronic bronchitis in dogs

In cats with juvenile-onset seizures (ie, onset before 12 months of age), advanced diagnostic imaging is recommended, once metabolic and toxic causes have been excluded, because such cats appear to be more likely to have structural epilepsy than idiopathic epilepsy or reactive seizures. Of 15 cats with seizures that began at < 12 months of age, 7 had structural epilepsy, 4 had idiopathic epilepsy, and 4 had reactive seizures. Median age at seizure onset was 27 weeks (range, 0.4 to 41 weeks). Cluster seizures were reported in 6 cats, and status epilepticus was reported in 2.

Although most thoracic vertebral body malformations in dogs are incidental findings, these malformations can, in a small number of dogs, result in neurologic abnormalities. A review of medical records for 13 screw-tail brachycephalic dogs treated nonsurgically because of ambulatory paraparesis and ataxia secondary to thoracic vertebral body abnormalities found that all dogs had progressive clinical signs. Four dogs were eventually euthanized because of progressive neurologic deterioration, 2 underwent surgery for the same reason, and 7 survived for ≥ 170 days but had progressive neurologic deterioration.

Two 12-week-old Norwegian Buhunds from a litter of 5 were evaluated because of slowly progressive cerebellar ataxia and fine head tremors. Two other females from the same pedigree had been previously evaluated for similar signs. Results of diagnostic testing were generally unremarkable, and the dogs were euthanized at the breeder's request. Histologic findings included a markedly reduced expression of calbindin D28K and inositol triphosphate receptor 1 by Purkinje cells, with only mild signs of neuronal degeneration. Results of pedigree analysis suggested an autosomal recessive mode of inheritance.

Ingested wires in the abdomen of horses

Abdominal perforation by an ingested wire should be considered as a potential differential diagnosis for horses with peritonitis and abdominal abscesses. A review of medical records for 16 horses with ingested wire in their abdomens indicated that the prognosis for affected horses was guarded, with only 4 horses surviving. All survivors underwent surgical treatment. The presence of wire was confirmed by abdominal radiography (n = 6), exploratory laparotomy (2), and necropsy (8). The median length of ingested wire was 6 cm. Wire had perforated viscera in 13 horses, 10 of which subsequently developed abdominal abscesses.