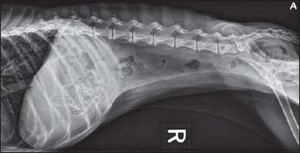 Six veterinarians describe dealing with the difficulties of practicing while pregnant. In other news, the 113th Congress passed bills affecting drug transportation, resources for livestock health, and disease research, among others.

Veterinarians are commonly compared with physicians, with the latter sometimes called real doctors, implying that veterinarians are somehow not real doctors. Such comparisons are flawed on many levels, especially because human and animal health are inseparable, as embodied in the concept of one health.

Estimating the financial return on a veterinary education

Practicing veterinary medicine provides a combination of tangible (eg, income) and intangible benefits. While it is not possible to directly measure the intangible benefits, it is possible to estimate the tangible ones. The authors present a model for estimating the net present value of obtaining a veterinary degree and estimate that women entering veterinary college in 2014 could expect to accumulate, on average, $71,462 less over their lifetime than they would have if they had only earned a bachelor's degree and that men could expect to accumulate $41,480 more.

Reference ranges for many of the tests commonly used to assess the tear film have not been established for healthy cats. Results of a study of 135 cats in which the Schirmer tear test 1, phenol red thread test, and meibometry were performed and tear film breakup time and tear osmolarity were measured suggest that tear deficiency should be suspected in cats with STT-1 < 9 mm/min, PRTT < 15 mm/15 s, or TFBUT < 9 to 10 seconds. There was generally poor correlation among tests, suggesting that thorough tear film analysis would require performing multiple tests in concert. In addition, the test-retest repeatability was relatively poor, which should be considered when repeated tests are used to monitor tear film dysfunction or response to treatment.

Traditional treatments for extrahepatic bile duct obstruction in dogs involve laparotomy followed by a diversion procedure such as cholecystoenterostomy or placement of a surgical stent. However, manipulation of the pancreatic and biliary systems in unstable patients may contribute to high morbidity and mortality rates. Results of a study involving 7 healthy research dogs and 2 clinical patients indicate that endoscopic retrograde stenting of the common bile duct may provide a minimally invasive alternative, but is technically challenging and requires further development before it can be considered a viable alternative. Endoscopic retrograde cholangiography was successfully performed in 6 of 9 dogs and biliary stenting was achieved in 5.

Epilepsy in dogs five years of age and older

In veterinary medicine, there is an anecdotal impression that dogs ≥ 5 years of age that develop epilepsy most likely have intracranial lesions. However, results of a review of medical records of 99 dogs with seizures that first developed at ≥ 5 years of age indicated that a substantial proportion had primary epilepsy. The prevalence of primary epilepsy did not differ among age groups; however, the proportion of dogs with neoplasia at 5 to 7 years of age was lower than the proportion in other age groups. Importantly, a lack of abnormalities on neurologic examination did not exclude the possibility of intracranial lesions. Thus, MRI with CSF analysis should be recommended for dogs with an onset of seizures at ≥ 5 year of age.

A 3-year-old female domestic ferret with an insulinoma and hypoglycemia was examined. Prednisolone treatment did not improve clinical signs, and the ferret remained lethargic and developed inappetence. At a reevaluation, the ferret had severe weakness and was nonresponsive, but standard treatment with dextrose and dexamethasone resulted in improved mentation. The ferret was discharged from the hospital and returned 3 days later for pancreatectomy and nodulectomy. The day before surgery, the ferret was administered a glucagon constant rate infusion (15 ng/kg/min [6.8 ng/lb/min]), which resulted in an increase in blood glucose concentration to a euglycemic state and resolution of clinical signs of hypoglycemia.

A 5-year-old female yellow-bellied slider (Trachemys scripta scripta) was referred for evaluation of a 2 × 1.5-cm, nonhealing, ulcerated mass on the dorsal aspect of the neck. The mass was surgically removed, and histologic examination revealed a squamous cell carcinoma. Further surgical revision was not an option because of the extensive nature of the lesion. Therefore, the tumor bed was treated with 2 sessions of electrochemotherapy administered 2 weeks apart. Electrochemotherapy involved intratumoral administration of bleomycin followed by application of trains of biphasic electric pulses. The treatment was well tolerated, and the turtle was free from disease after 12 months.