The mannitol-salt agar medium in this culture plate changed from red to yellow with growth of methicillin-resistant Staphylococcus aureus. 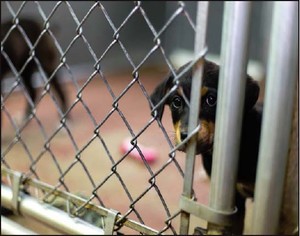 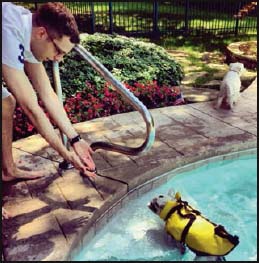 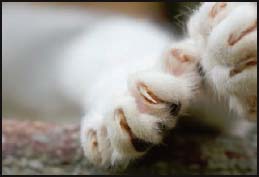 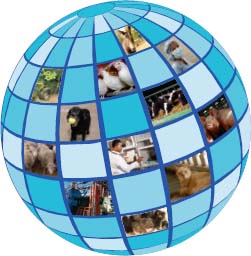 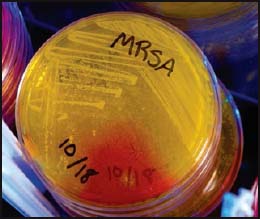 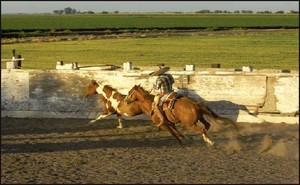 Dramatic advances in the science and practice of shelter veterinary medicine have occurred since the first courses on shelter animal health were taught in veterinary colleges in the 1990s.

In less than two decades, shelter medicine has evolved into a distinct field of veterinary practice drawing on a wide range of disciplines.

Training in shelter medicine is now offered at most North American veterinary colleges along with several postgraduate internships and residencies, while hundreds of hours of continuing education on the subject are presented at veterinary conferences every year. The Association of Shelter Veterinarians, which began as a grass-roots movement in 2001, today claims more than a thousand members, including some 700 veterinarians, and has student chapters in 22 veterinary colleges.

That path would eventually lead Dr. Hurley to co-chairing the committee that in 2012 would formally petition the ABVS for recognition of shelter medicine as a veterinary specialty. Her co-chair, Dr. Brenda Griffin, said that, unlike conventional small animal practice and its focus on individual patients, shelter medicine must address the well-being of entire populations of captive dogs and cats in the context of unique shelter environments.

“Shelter medicine is a very, very unique blend of population and individual health care,” said Dr. Griffin, a professor of shelter medicine at the University of Florida College of Veterinary Medicine.

Demand for long-term shelter of homeless animals has increased in recent years, Dr. Griffin explained, putting these populations at greater risk of contracting infectious disease, developing problem behaviors, and having their welfare compromised.

The inaugural examination for specialty certification in shelter medicine is scheduled for November 2015. The application deadline is September 2014, and the credentialing deadline is January 2015. For more information about the examination or the Association of Shelter Veterinarians, visit www.sheltervet.org.

Equine dentistry has become one of the newest veterinary specialties to be recognized by the AVMA.

At its April meeting, the AVMA Executive Board approved a petition from the equine dentistry organizing committee to receive provisional recognition as a specialty within the American Veterinary Dental College. Prospective members may now become diplomates after fulfilling the requirements.

Representatives of the proposed specialty initially submitted a letter of intent to the AVMA's American Board of Veterinary Specialties in January 2012. Near the end of 2012, the group submitted a petition for recognition to the ABVS Committee on the Development of New Specialties, and the petition was opened for public comment. In September 2013, the equine dentistry group submitted a full petition and response to public comments to the ABVS for consideration. At its February meeting, the ABVS approved a motion to recommend provisional recognition of Equine Dentistry within the AVDC to the AVMA Executive Board.

Dr. Ed Murphey, an assistant director of the AVMA Education and Research Division, said one of the criteria for recognition as a new specialty is whether the field represents a distinct facet of veterinary medicine and is substantiated by a sizeable volume of scientific evidence. Equine dentistry met that threshold not only because of the anatomic differences between horses and other animals but also because of the number of continuing education opportunities, book chapters, published papers, and courses offered at veterinary colleges in this area, he said.

Pet health insurance has grown more popular since its introduction in the United States three decades ago, although its use is still not widespread. About 2 percent of U.S. dog and cat owners hold policies, according to a Packaged Facts consumer market research report from October 2013.

The policies remain more similar to automobile or homeowners insurance than to human health insurance, with most companies in the industry reimbursing pet owners for veterinary care following treatment of a pet for an accident or illness.

The AVMA policy “Pet Health Insurance” starts by stating: “The AVMA endorses the concept of pet health insurance that provides coverage to help defray the cost of veterinary medical care. The AVMA recognizes that viable pet health insurance programs will be important to the future of the veterinary profession's ability to continue to provide high quality and up-to-date veterinary service.”

One trend in pet health insurance is branding under other names to play off the popularity of those brands. These names include Geico, the American Society for the Prevention of Cruelty to Animals, and Wal-Mart in Canada.

A 2013 survey by the North American Pet Health Insurance Association found that pet health insurance continues to grow. Participating members reported a mean annual increase in gross revenue from written premiums of about 13 percent from 2008–2012.

The AVMA House of Delegates will consider six resolutions and three amendments to the AVMA Bylaws during its regular annual session, July 24–25 in Denver, preceding the AVMA Annual Convention.

The AVMA Executive Board submitted a new version of the AVMA's Principles of Veterinary Medical Ethics as a resolution with a recommendation for approval. The Judicial Council has spent more than a year reformatting the principles and incorporating input from AVMA members.

The board sent another revised policy from the Animal Welfare Committee, this one on “Declawing of Domestic Cats,” to the HOD with a recommendation for approval. Among other things, the revisions clarify that onychectomy is a major surgical procedure in cats.

Further, the board referred a revised policy on “Judicious Therapeutic Use of Antimicrobials” with a recommendation for approval. The Food Safety Advisory Committee has spent the past year updating the policy language to provide consistency and harmonization with other AVMA policies and with those of allied organizations.

Plus, a revised policy on “Veterinary Dentistry” submitted by the AVMA Council on Veterinary Service was referred by the board to the HOD with a recommendation for approval. Revisions were made for clarity and to include language that addresses equine dentistry.

And finally, the board submitted three proposed amendments to the AVMA Bylaws for consideration by the House. Two proposed changes to governance would provide for AVMA members to elect about half the delegates in the HOD (with the state VMA or allied organization designating each second delegate) and reduce the term length of board members from six years to four. Another amendment would add a veterinary student as a nonvoting member of the AVMA Council on Research.

The AVMA launched a comprehensive Web hub on animal welfare April 26 in celebration of World Veterinary Day 2014, which focused on the theme of animal welfare.

The hub at www.avma.org/animalwelfare offers a collection of AVMA resources on animal welfare such as policies and literature reviews. The hub offers information on aspects of animal well-being such as proper breeding and selection, housing, nutrition, management, disease and injury prevention and treatment, and humane handling.

Also via the hub, members of the AVMA and Student AVMA can join The Conversation, a dialogue on animal welfare that began in November 2013 during the in-person intraprofessional program “Can You Hear Me Now? The Conversation.”

The AVMA's Animal Welfare Conversation is a Linkedln members-only group that provides opportunities to share information and conduct conversations with colleagues about animal use and care. In addition, AVMA and SAVMA members can access the audiovisual proceedings of the in-person program from the new hub.

The AVMA has embarked on an in-depth evaluation of what members want and need from their national veterinary association.

In January 2014, the leadership of the Association launched the AVMA Strategy Management Process, a comprehensive evaluation and planning effort. President Clark K. Fobian and CEO Ron DeHaven wrote about the process in a March 18 email message asking AVMA members to participate in the effort. During its April 10–12 meeting, the AVMA Executive Board received an update on the process and discussed the next steps.

The Strategy Management Process was undertaken to reshape the AVMA to meet the challenges of a new competitive environment, including changes in member demographics; a possible decline in member satisfaction as member wants, needs, and expectations change; and an erosion in the percentage of U.S. veterinarians who are members, from about 85 percent down to about 80 percent, even as membership has been growing.

By year's end, the Strategy Management Process will result in a three-year strategic operating plan.

The AVMA has created a website at www.avma.org/newcourse to serve as an information resource for members and stakeholders about the Strategy Management Process. The site will feature regular progress updates.

WHO warns of ‘post-antibiotic era’

The world could enter a post-antibiotic era in which common infections and minor injuries can kill, according to Keiji Fukuda, MD.

Resistance of Klebsiella pneumoniae to the carbapenems class of broad-spectrum antimicrobials, reported in all WHO regions, is particularly concerning, the report states.

The data collected by WHO show that, in some countries, more than 50 percent of isolates of some bacteria are resistant to the drugs commonly used to treat infections. For example, at least one country each in five of the six WHO regions reported finding that degree of resistance to fluoroquinolones among E coli isolates.

The AVMA is inviting researchers to submit abstracts for consideration as presentations or posters at the 2014 AVMA Animal Welfare Symposium, Nov. 2–5 at the Westin O'Hare, near Chicago O'Hare airport.

The symposium is titled “Humane Endings: In Search of Best Practices for Euthanasia, Humane Slaughter, and the Depopulation of Animals.” Abstracts should clearly relate to those functions or to the harmonization of voluntary guidance and regulations. Topics of interest can include recent research findings, reviews of research in a defined area, or discussions of voluntary or regulatory oversight.

July 15 is the deadline for submitting abstracts to humaneendingsab stracts@avma.org or to Humane Endings, Animal Welfare Division, AVMA, 1931 N. Meacham Road, Suite 100, Schaumburg, IL 60173. The author or a co-author must present the work at the symposium. The registration fee will be waived for the presenter.

The AVMA Council on Education has scheduled site visits to four schools and colleges of veterinary medicine for the remainder of 2014.

The AVMA Executive Board approved holding the 2014 annual meeting of AVMA voting members in conjunction with the regular annual session of the House of Delegates this July in Denver.

The meeting of AVMA voting members will take place from 11–11:30 a.m. July 24 as part of the HOD Informational Assembly and House Advisory Committee candidate introductions from 8–11:30.

The AVMA has come out against the practice of horse tripping, which involves roping the front or hind legs of a galloping horse while on foot or horseback, causing it to trip and fall for entertainment purposes. The AVMA Executive Board approved a policy in April voicing its opposition.

Horse tripping, a long-standing tradition in Mexican-style rodeos (“charreadas”), has been on the Association's and the American Association of Equine Practitioners’ radar the past few years after AVMA and AAEP members voiced their concerns about the practice.

The practice has been banned in 11 states. However, attempts to circumvent animal cruelty regulations continue at county and local events, according to the AVMA Animal Welfare Committee, which made the recommendation.

Typically three events during a charreada include horse tripping; points are awarded for how quickly the “charro,” or roper, can rope the horse.

Reported horse injuries include lacerations, dislocated joints, fractured bones, and teeth, neck, and shoulder injuries. Additional concerns that have been expressed are that the horses used for these rodeos are underfed, overused, and repeatedly roped until lame, sometimes with rope burns down to the bone.

In February, the AAEP board of directors approved a new position on the use of equids in entertainment that included the AAEP's opposition to horse tripping.