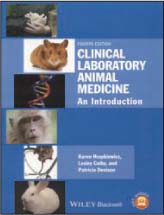 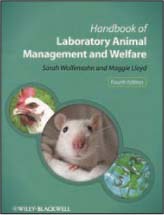 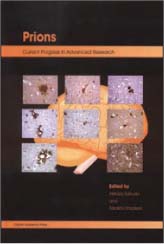 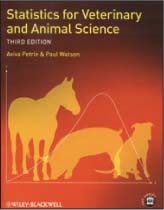 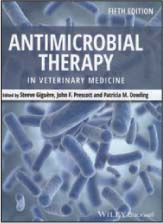 Alright, I have to admit I am old. I purchased the first edition of Clinical Laboratory Animal Medicine: An Introduction some 34 years ago, and it quickly became dog-eared from constant use. The fourth and most recent edition is 70% longer than the first and now provides practical information for a broader base of readers. The lab animal science community, including animal care technicians, research staff, researchers, and beginning lab animal veterinarians, will benefit from this book. It begins with an introduction to animal use in teaching, testing, and research and then immerses readers into the ethical and regulatory milieu surrounding the care and use of animals. The chapter on facility design, equipment, housing, and management, besides being of value in training new facility staff, can be used for educating new institutional animal care and use committee members, institutional officials, and other administrators in the complexity, logistics, and expense of supporting a quality animal care program. The 9 chapters dedicated to individual lab animal species (mice, rats, gerbils, hamsters, guinea pigs, chinchillas, rabbits, ferrets, and nonhuman primates) provide practical information on handling and restraint, technical procedures (injections, blood collection, and dosing), anesthesia delivery and dosages, analgesic agents and dosages, euthanasia methods, and common diseases and treatments. The last chapter discusses research variables and quality control required for successful research outcomes. At the end of each chapter is a quiz for use as self-assessment or for instructors to assess student comprehension. The book has a companion website, which contains additional review questions and slide tutorials. Besides the aforementioned lab animal community, this book should be in the libraries of veterinarians and veterinary technicians who care for exotic animals in private practice and biomedical graduate research educators to facilitate the training of the next generation of scientists. I assure you that my copy of the fourth edition will soon be as dog-eared as the original.

In the fourth edition of the Handbook of Laboratory Animal Management and Welfare, the authors have, in 370 pages, expertly defined the context of animal care and use in the United Kingdom. The book is nicely arranged into 3 component sections (regulatory, welfare and science [including ethics and experimental design], and species-specific information), and chapters within each section follow a chronological manner.

Chapters 1 through 3 comprise the regulatory section and provide a detailed and elegant discussion of the regulatory framework, oversight practices, and ethical considerations for the use of animals in research. In this section, the authors have documented a society's evolution of thought concerning animal research to the present state without becoming terminally bogged down in mindless banter. This section includes a relational narrative regarding program participants and the obligations of the institution and individual and concludes with a discussion of the ethical imperatives upon experimental design and project performance.

Chapters 4 through 10 contain numerous examples of charts, graphs, and lists that readers can use. Several black and white photographs are used to depict handling positions and vascular access points for various species of laboratory animals, among other things. Certain sections, such as the use of carbon dioxide to euthanize small rodents, are written from the United Kingdom perspective and may not be totally congruent with the US perspective. Nevertheless, these sections provide background information regarding the science behind the methodology.

Chapters 11 through 16 contain species-specific information and are sufficiently detailed for those species discussed. For example, dogs and ferrets are included in the carnivore chapter, whereas cats are not. Marmosets are included as a new world primate, whereas Aotus spp are not. I do not consider this a fault of the book, but simply mention it to inform readers that not all species commonly used in animal research are discussed.

I believe that this book will be a nice addition to any reference library and will be particularly useful for United Kingdom readers. For non–United Kingdom readers, this handbook will serve as a practical reference for laboratory animal welfare and science and species-specific information and provide perspectives regarding a laboratory animal regulatory system that may differ from that with which they are familiar.

The stated goal of Prions: Current Progress in Advanced Research is “to provide students, scientists, and engineers with recent progress of advanced research into prion biology.” This book packs comprehensive coverage of the fundamentals of prion biology, mechanisms of disease, prion inactivation, disease intervention, and human and animal prion diseases in a relatively brief 11-chapter package. The chapters are comprised of review-style manuscripts written by various authors. Each chapter has adequate specificity to meet the stated purpose of the work and more than enough references to guide interested individuals deeper into specific areas of research. This book is most likely to be used as a reference text rather than read cover to cover.

The review style of the book has some drawbacks. Because a different author or team of authors wrote each chapter, there is some redundancy (eg, the topic of normal vs abnormal prion protein is introduced in multiple chapters); however, this may be less apparent to those who do not read the entire book and welcomed by those who read only a single chapter or specific passages. Chapter content occasionally extends beyond the scope of prion diseases into other areas in which the authors have expertise. For example, the chapter on prion inactivation includes data on bacterial endotoxins, which seems out of place.

This book serves as an excellent bridge to access current research topics, but additional figures would make this work even more useful to those with limited knowledge of prion diseases. Schematics comparing normal and misfolded prion proteins, representative microscopic lesions, examples of western blot profiles, and schematics of advanced techniques such as protein misfolding cyclic amplification or real-time quaking induced conversion assay are lacking and recommended for future editions. This book will be a welcome addition to institutional libraries, but its relatively high cost may limit its popularity in personal collections.

The third edition of Statistics for Veterinary and Animal Science is an affordable introductory statistics textbook appropriate for students in veterinary and animal science or other biosciences as well as practitioners and professionals in those fields. This is currently the only such textbook written specifically for that audience and is appropriate for students with no prior statistical background. For this edition, data sets for use in exercises are provided through a companion website, whereas in previous editions, the data sets were provided on an accompanying CD. The entire book is also available in an electronic format, making it readily accessible and useable on handheld devices for quick reference.

The text begins with an introduction to statistics to orient novice students and follows with descriptive statistics, continuing to the level of multiple linear and logistic regression, which will prepare students for more advanced statistical training. New in this edition is more extensive material related to ethics, surveillance, evidence-based veterinary medicine, and reporting of statistical information. Of particular value to students learning to critique published literature is the newly added Chapter 18, which provides a template and guide for appraisal of 2 full-text papers, which are provided in the text as examples.

Readers will find this book provides a practical approach to statistics because it does not focus on the theory behind equations; the authors recognize that readers will use computer programs to calculate results. Data sets for 2 commonly used programs, SPSS and Stata, are included on the website for download and use in the exercises included in the book along with the answers for those exercises. The book is organized in an extremely user-friendly format, and students and professionals will appreciate the many animal-focused examples that are used throughout.

Antimicrobial agents are a complex and interesting group of pharmaceuticals. Understanding their effects requires knowledge of their activities against various infectious agents as well as knowledge of the usual parameters of drug disposition and adverse effects in patients. Appropriate use of these drugs also occasionally requires interpretation of laboratory data. At the population level, selective pressure by antimicrobial agents on bacteria living in and around veterinary patients can impact the flora of other animals nearby as well as the environment, regardless of whether that environment be the stockyard or the veterinary hospital. The fifth edition of Antimicrobial Therapy in Veterinary Medicine is a comprehensive reference that discusses all of these facets of antimicrobial therapy in addition to a few more. It serves as a general reference for accessing information about individual drugs and their applications in production, companion, and exotic animal species. The first 6 chapters of the book provide a clear and thorough exposition of basic concepts of antimicrobial pharmacology as well as topics in antimicrobial resistance, antimicrobial susceptibility testing, and rational and responsible antimicrobial usage. This book is geared toward academically inclined clinicians and researchers who have a special interest in this topic, inasmuch as some chapters contain esoteric material. I found the previous edition to be a useful gateway to the primary research literature because references were listed at the end of each chapter. This edition is almost identical to the fourth edition, except for the addition of new chapters about antibiosis in zoo animals and antimicrobial stewardship. The cover price is reasonable for readers who have a clinical, educational, or research focus in antimicrobial therapy.