Aspen Meadow Veterinary Specialists in Longmont, Colorado, was constructed from an old car dealership in 2008. (Photo by Dr. Matthew B. Rooney) 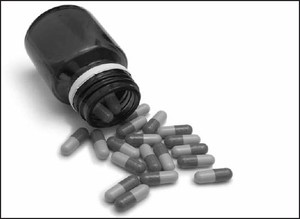 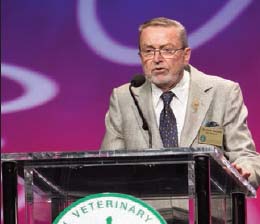 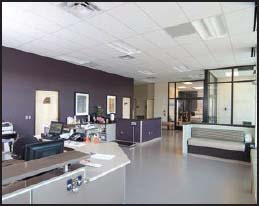 Ten percent of veterinarians responding to recent polls said they have had patients harmed when outside pharmacies made substitutions in filling prescriptions.

Surveys conducted by five veterinary medical associations together indicate about one-third of respondents knew of occasions when pharmacies dispensed drugs to clients that were different from those that were prescribed or were different in dosage, and they did so without consulting the prescribing veterinarian. Most of those changes occurred without any known harm.

The Oregon, Idaho, Iowa, and Washington veterinary medical associations conducted their surveys in 2012, and the Southern California VMA conducted its survey in 2013. They received responses from 707 veterinarians.

Those veterinarians provided examples—included in reports from the VMAs—such as replacement of a prescribed insulin product with one less effective in dogs, a recommendation that a client administer aspirin to a cat rather than pay for a prescription nonsteroidal anti-inflammatory drug, and reduction of a dog's thyroid medication dosage that seemed high to the pharmacist in comparison with the dosage for humans.

Glenn Kolb, executive director of the Oregon VMA, which conducted the first survey, said veterinarians had been asking the association how to respond when they find out about substitutions. While he acknowledged that pharmacists need to counsel clients, it seems to him that some have altered prescriptions for animals on the basis of uses in human medicine.

Jennifer Davis, PharmD, president of the Oregon State Pharmacy Association, noted that a pharmacist can work with hundreds of patients in a typical week. While the Oregon VMA asked veterinarians whether they had encountered a change in a prescription at some point, she noted that the survey did not ask how many times such problems occurred.

“The error rate based on those thousands of interactions is exceptionally low,” she wrote in a message. “None-the-less, we accept that every error is significant and continually work on processes and knowledge that can minimize the likelihood of an error.”

Gary Miner, RPh, compliance director for the Oregon Board of Pharmacy, expects that changes without consultation occur no more often in veterinary medicine than in human medicine, where they are rare. Over the past few years as the board has raised awareness among pharmacists about the need for consultation on veterinary prescriptions, he said, “They're probably more cautious about filling veterinary prescriptions than they are the human prescriptions,” although he hopes pharmacists provide the same due diligence for both.

Candace Joy, executive vice president of the Washington State VMA, said her association's survey, patterned after the Oregon VMA's, indicated it is commonplace, in her words, “to have pharmacists switching drugs, altering dosages, changing quantities without any authorization from the prescribing veterinarian.” The results, described in a January 2013 report, showed that most pharmacists call the prescribing veterinarian when they have questions or concerns, but they also show “an alarming trend in recurring problems by pharmacists unfamiliar with veterinary pharmacology and physiology” as well as problems related to an inadequate supply of veterinary drugs.

The veterinary community overall is placing more of an emphasis on preventive care for pets, according to a new white paper from Partners for Healthy Pets, but the frequency of pets' veterinary visits does not appear to have increased—at least not yet.

Earlier this year, Partners for Healthy Pets commissioned new surveys of the veterinary community and pet owners to assess progress in providing preventive care to pets compared with a few years ago. The commission released the findings July 26 during the AVMA Annual Convention in the white paper “Reversing the decline in veterinary care utilization: progress made, challenges remain.”

Among survey respondents, more than 60 percent of practice team members said their practices have increased efforts to communicate the value and benefit of preventive care to pet owners. Seventy-four percent of veterinarians and 87 percent of office managers said they were aware of the Partners for Healthy Pets and its mission.

Partners for Healthy Pets is continuing its multimedia campaign to promote preventive care to consumers, and the consortium also continues to offer a toolbox full of free resources to help practices promote preventive care to clients. The toolbox, practices' success stories, and ready-to-use materials from the consumer campaign are available at www.partnersforhealthypets.org.

For Cohn, relevance of AVMA and profession is front-and-center

The companion animal practitioner from Lone Tree, Colorado, shared his concerns at the Candidates' Introductory Breakfast held July 25 in conjunction with the AVMA House of Delegates regular annual session in Denver.

The AVMA is working to address some of these issues, including by spearheading the Partners for Healthy Pets campaign, but ultimately, forces outside the Association direct the future of veterinary medicine. “At best, [the AVMA] can only hope to exert a strong positive influence for what we believe is in the best interest of our members,” Dr. Cohn told delegates.

Diversity and inclusion, Dr. Cohn added, are essential to the sustainability and continued success of the AVMA and the veterinary profession. And he thinks the Association's promotional efforts should emphasize the veterinarian's role in producing an abundant and safe supply of animal protein.

Dr. Cohn believes veterinarians can demonstrate their relevance by emphasizing the ways veterinarians promote the well-being of animals, humans, and the environment. “By increasing our support of one health and working more closely with groups such as the One Health Initiative team and the One Health Commission, we can potentially provide new career paths for veterinarians,” he said.

Kinnarney and Stinson carry the day

Drs. Joseph H. Kinnarney and Rebecca E. Stinson, North Carolinians both, prevailed over their opponents and were elected as 2014–2015 AVMA president-elect and 2014–2016 AVMA vice president, respectively, July 25 during the AVMA House of Delegates regular annual session in Denver.

Dr. Kinnarney is a mixed animal practitioner from Reidsville and president of four small animal hospitals and an equine hospital. A 1980 graduate of Cornell University's College of Veterinary Medicine, he has served as Student AVMA president, AVMA vice president, District III representative to the Board of Directors, and a member of the HOD.

As vice president, Dr. Stinson will spend the two years as the AVMA liaison to the Student AVMA and student chapters. The position also entails a seat on the AVMA Board of Directors as a voting member.

Dr. Stinson, who received her DVM degree in 2002 from the University of Georgia, is an equine practitioner and is also from Reidsville. In addition to being an AVMA Future Leaders Program participant, she was a member of the former AVMA Member Services Committee, the Council on Veterinary Service, and the Model Practice Act Task Force. Dr. Stinson is a former SAVMA president and was chair of the American Association of Equine Practitioners' Student Relations Committee.

AVMA may change its mission

AVMA leaders are considering changing the Association's guiding statements to reflect increased focus on advocacy for members, and the Association is accepting member comments.

The current AVMA mission is to “improve animal and human health and advance the veterinary medical profession.” Under the draft mission, that mission would be to “lead the profession by advocating for our members and advancing the science and practice of veterinary medicine.”

The proposed changes are part of the AVMA's Strategy Management Process, an effort started earlier this year to ensure the Association remains relevant for veterinarians. Dr. Thomas F. Meyer, chair of the AVMA Board of Directors, said in a July session of the AVMA House of Delegates that the AVMA represents about 78 percent of the U.S. veterinary profession, a decline from about 85 percent seven years earlier, even though overall membership increased.

The AVMA is asking that members provide their perspectives on the draft mission and a draft vision statement—which indicates the AVMA's intent to be “the trusted leader protecting, promoting and advancing a strong, unified veterinary profession”—as well as on a draft of core values such as integrity, basis in science, and focus on members.

All the proposals are available at newcourse.avma.org, and members can send comments to smpupdates@avma.org.

The AVMA House of Delegates recently approved changes to the AVMA's board, policy revisions, and a resolution to pursue a lower interest rate on certain student loans.

Delegates took the actions July 25 at the HOD regular annual session, also adding a veterinary student as a nonvoting member of the AVMA Council on Research.

The HOD renamed the Executive Board as the Board of Directors and reduced the term of board members from six to four years. The HOD disapproved the following changes to its own structure: making alternate delegates into voting delegates, providing for AVMA members to elect about half of delegates, and limiting delegates to no more than two consecutive four-year terms.

Delegates revised AVMA policies on sow housing, dentistry, declawing, and antimicrobials. They referred revisions of the AVMA Principles of Veterinary Medical Ethics back to the board.

The HOD approved a resolution recommending that the AVMA actively pursue passage of legislation to lower the interest rate on veterinary students' federal loans.

The following awards were bestowed during the AVMA Annual Convention in July for efforts to advance the profession, animal welfare, public health, and research.

Veterinarians' role in one health is understandably most focused on the animal side of things, but some veterinarians are advocating for practitioners to become more environmentally conscious as well.

“Going green” can involve something as major as building or remodeling a clinic in an environmentally sustainable manner. Or it can be as simple as switching to recycled paper or using fleece instead of cotton towels for bedding, says Dr. Matthew B. Rooney, owner of Aspen Meadow Veterinary Specialists in Longmont, Colorado.

While veterinary clinics do have particular requirements, they can be accommodated while going green, he said. For example, practices need heating, ventilating, and air-conditioning systems with a high air-circulation rate. The upfront cost for purchasing a more efficient HVAC system may be higher, but according to the Environmental Protection Agency, replacing components of a less efficient HVAC system typically cuts energy costs by about 20 percent.

At the same time, clinics can't avoid some wasteful practices, such as using a lot of water to spray down kennel runs and clean the rest of the hospital. Disinfectants, too, are not very environmentally friendly but are a must for killing bacteria and viruses.

Regardless, Dr. Rooney said veterinarians should start somewhere. That's because green builds show not only business ethics, he said, but also provide good will in the community, not to mention that private practices can use their ecofriendly credibility as a marketing tool and a way to differentiate themselves from competitors.

The votes are in

In Denver, the House of Delegates filled vacancies on AVMA councils and the House Advisory Committee. The results are as follows.

Council on Biologic and Therapeutic Agents

Five new members began terms on the AVMA Council on Education on July 29 at the start of the Association year.

The AVMA Council on Education has scheduled site visits to three schools and colleges of veterinary medicine for the remainder of 2014.

The American College of Laboratory Animal Medicine certified 25 new diplomates following the certification examination it held July 13 in Bethesda, Maryland. The new diplomates are as follows: