Dr. Roger K. Mahr after his installation as AVMA president 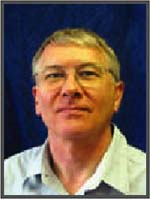 The 143rd AVMA Annual Convention, July 15-19 in Honolulu, was the highest attended convention in the Association's history. Among the more than 10,000 attendees were about 450 from countries in the Pacific Rim.

A total of 1,046 hours of quality continuing education were available, including four days of educational programming sequentially translated into Chinese Mandarin, Japanese, and Korean. Twenty-one interactive labs were presented.

The second Veterinary Diversity Symposium, sponsored by Pfizer Animal Health, was a popular daylong event whose themes included communicating effectively with a diverse clientele, leveraging diversity for a competitive advantage, and mentoring to actively seek diversity.

Dr. Roger K. Mahr, St. Charles, Ill., succeeded to the office of AVMA president. In his address to the AVMA House of Delegates, Dr. Mahr described his plan for a national commission uniting veterinary and human medicine with the goal of improving and protecting animal and public health worldwide. The HOD elected Dr. Gregory S. Hammer, Dover, Del., as president-elect and Dr. Charles M. Hendrix, Auburn, Ala., vice president.

Dr. James O. Cook, Lebanon, Ky., who announced his candidacy for 2007 AVMA president-elect, is the new Executive Board chair.

Of the eight resolutions it considered this year, the HOD approved resolutions 5, 6, and 8. Resolution 5, submitted by the Indiana and Wisconsin VMAs, urges the Department of Agriculture's Animal and Plant Health Inspection Service to implement ongoing training programs for accredited veterinarians in the United States.

Resolution 6 was submitted by the Illinois, Indiana, Iowa, Kentucky, Ohio, Oregon, and Wisconsin VMAs. It calls for the HOD to hold an official business session at the AVMA Veterinary Leadership Conference each year, beginning in January 2008. This will be in addition to the two-day annual session that is convened the day before the AVMA Annual Meeting begins each summer. Bylaws amendments will be needed to provide for an additional session.

Resolution 8 was first submitted for consideration July 14 by 15 allied organizations. It states that the AVMA affirms that the responsible use of animals for human purposes such as companionship, food, fiber, education, exhibition, and research conducted for the benefit of humans and other animals is consistent with the principles of the Veterinarian's Oath. These principles include the protection of animal health, the relief of animal suffering, the conservation of animal resources, the promotion of public health, and the advancement of medical knowledge.

Meeting in Honolulu prior to the HOD and convention, the Executive Board approved a plan for updating and revising the AVMA Panel on Euthanasia Report. At least once every 10 years, the AVMA will convene a panel of scientists to review all literature that scientifically evaluates methods and potential methods of euthanasia, with the goal of publishing AVMA Guidelines on Euthanasia. During interim years, any request for procedures or agents to be considered for approval by the AVMA that deal with causing, facilitating, or complementing existing procedures of euthanasia, will be directed to the Animal Welfare Committee. The AWC will evaluate available science on the procedure or agent to determine whether it should be included in the existing guidelines. If so, the AWC will draft appropriate wording and determine where it should be inserted. The AWC will then recommend the revisions to the Executive Board for inclusion, and if passed, the revised document becomes the official version.

Often referred to as the grandfather of veterinary medicine in Hawaii, Dr. Allen Y. Miyahara of Honolulu received the 2006 AVMA Award at the Opening Ceremony of the convention, sponsored by Hill's Pet Nutrition Inc. The award recognizes distinguished contributions to the advancement of veterinary organizations. For more than 40 years, Dr. Miyahara has devoted himself to the veterinary profession and contributed substantially to the international understanding of veterinary medicine. He was AVMA vice president from 1995-1997 and has served as an officer of the Hawaii VMA and as its alternate delegate to the AVMA. Dr. Miyahara has been the AVMA's Pacific Rim ambassador, encouraging veterinary leaders from Japan, Korea, China, Taiwan, and Thailand to attend the convention in Hawaii.

For biographic sketches of the award winners and other highlights of the AVMA Annual Convention in Honolulu, visit http://avmaconvention.org/ and click on Convention Daily News.

At the University of California-Davis School of Veterinary Medicine's Center for Vectorborne Diseases, National Aeronautics and Space Administration satellite data and remote imagery will be used to forecast the risk of West Nile virus and other mosquito-borne virus activity in California and eventually other Western states.

Research entomologist and professor William K. Reisen of the UC-Davis CVD has received a three-year, $1 million grant from the NASA Earth-Sun Science Applied Sciences Program to begin the process. The grant is a collaborative effort linking NASA with UC-Davis researchers, the California Department of Health Services, the Mosquito Vector Control Association of California, and the Centers for Disease Control and Prevention.

Researchers at South Dakota State University are working to develop a live animal test for chronic wasting disease. Rural Technologies Inc., a Brookingsbased contract research company, obtained a $750,000 grant from the U.S. Department of Defense's Small Business Technology Transfer Research Program for the project. The company will work with SDSU's Center for Infectious Disease Research and Vaccinology Department and the Department of Agriculture's National Animal Disease Center in Ames, Iowa, to conduct parts of the research.

The MAGIC program involves a survey of a producer's swine health system and relevant diagnostic screenings to establish a benchmark for disease status.

Dr. John Kolb, a technical manager with Boehringer Ingelheim, said conducting a thorough assessment of a swine farm's disease situation is critical because circovirus-induced disease is most often dependent on the presence of other diseases such as porcine reproductive and respiratory syndrome, mycoplasmal disease, and swine influenza. He said results of the MAGIC surveys will help producers and veterinarians implement effective vaccination and disease management protocols against not only porcine circovirus-associated diseases, but also other disease co-factors.

For more information on the MAGIC program, veterinarians can contact Boehringer Ingelheim Vetmedica at (800) 325-9167.

Earlier in the year, Boehringer Ingelheim transferred ownership of its PRRS Risk Assessment Tool to the American Association of Swine Veterinarians. This survey and benchmarking tool evaluates risk factors for the introduction and circulation of the PRRS virus on farms.

The AASV board recently formed a task force to work toward the elimination of the PRRS virus from North America. The board also created an ad hoc committee to address diseases associated with porcine circovirus type 2.

Michigan State University has appointed Dr. Christopher Brown as the new dean of the College of Veterinary Medicine, effective Sept. 1. He succeeds Dr. Lonnie King, who had served as dean since 1996.

Most recently, Dr. Brown was chairperson of the Department of Veterinary Clinical Studies at the University of Guelph Ontario Veterinary College and acting director of that college's Veterinary Teaching Hospital.

Previously, he was chairperson of the Department of Veterinary Clinical Sciences at Iowa State University College of Veterinary Medicine and director of that college's Veterinary Teaching Hospital.

Dr. Brown also has served as a professor of large animal clinical sciences at Michigan State. He held a number of positions, including head of the Equine Medicine and Surgery Section in the Veterinary Clinical Center and acting head of the center's Radiology Section.

Dr. Brown graduated from the University of Liverpool in 1972 and is a diplomate of the American College of Veterinary Internal Medicine.

Dr. Natalie A. Carrillo received the 2006 Phi Zeta Research Award in the Clinical Sciences Category. The Upsilon Chapter at the University of Florida submitted Dr. Carrillo's manuscript “Disposition of orally administered cefpodoxime proxetil in foals and adult horses and minimum inhibitory concentration of the drug against common bacterial pathogens of horses.”

The awards include a plaque and a check in the amount of $750.

Phi Zeta has chapters at 28 U.S. veterinary colleges and at St. George's University in Grenada. Each chapter conducts a local competition and then submits the winning manuscript to the Phi Zeta Research Awards Committee. The senior author of the manuscript need not be a Phi Zeta member but must be a veterinarian who has participated in a graduate or residency training program within the past two years.

The Oregon Humane Society recently broke ground on an Animal Medical and Learning Center where veterinary students and faculty from Oregon State University will serve on staff.

Sharon Harmon, executive director of the humane society, said up to 48 students per year will work at the center.

Round-the-clock, on-site care will eliminate the need to transport animals to clinics throughout the Portland area. Currently, the humane society depends upon veterinarians who care for the animals when they have time in their schedules.

The center also will house the Animal Assisted Therapy Prep School, which will teach animals to work with patients in hospitals and residents of nursing homes, and allow the humane society to expand Animal Behavior Training, which readies dogs to become good pets.

The $6.4 million, 22,000-squarefoot center will be ready in 2007. It will include student dormitories; examination rooms; surgery suites; a multistation treatment room; and radiology, laboratory, and pharmacy areas.

More information is available at www.oregonhumane.org.