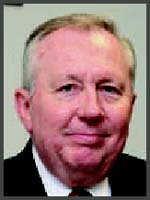 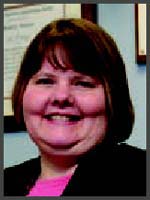 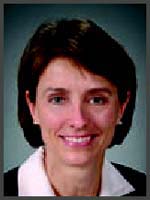 The AVMA more than doubled the amount of staff time dedicated to animal welfare issues when it recently filled the first two positions in the AVMA Animal Welfare Division.

Dr. Lyle P. Vogel was named director of the division. He previously served as director of the AVMA Scientific Activities Division. Dr. Gail C. Golab was tapped as associate director. She most recently was assistant director for professional and public affairs in the AVMA Communications Division. The announcement was made April 27 and both staff members assumed their new roles May 1.

The AVMA Executive Board established the Animal Welfare Division, which will monitor the science of animal well-being and assist the Association in proactively addressing developing issues of animal welfare.

Dr. Vogel said one of his first tasks would be to fill the remaining three of the five positions approved by the board.

With Dr. Golab already involved as an associate director, Dr. Vogel said he plans to hire an administrative assistant and then evaluate how to make the most of the remaining two approved positions.

“The main challenge is to attract the most qualified people to those positions,” Dr. Vogel said.

Developing an AVMA division is not new to Dr. Vogel. In 1996, he was appointed director of the Scientific Activities Division, which at the time was newly reorganized. Dr. Vogel designed position descriptions for that division and hired staff members for those roles.

Dr. Vogel joined the AVMA staff in 1993 after serving in the U.S. Army Veterinary Corps for 26 years as a food safety and public health specialist. He provides staff support to the Council on Public Health and Regulatory Veterinary Medicine, Food Safety Advisory Committee, and Animal Agriculture Liaison Committee, and served on the Animal Welfare Governance Task Force. He has participated in several meetings of the World Health Organization and the World Organization for Animal Health (OIE).

Dr. Golab has more than 20 years of experience dealing with animal welfare issues. She joined the AVMA in 1995 as a scientific editor in the Publications Division. After moving to the Education and Research Division as an assistant director in 1998, she joined the Communications Division in 2001. She is staff consultant to the Animal Welfare Committee, Animal Welfare Advisory Committee, and Committee on the Human/Animal Bond. She served on the Animal Welfare Governance Task Force and was staff consultant to the Task Force on the Housing of Pregnant Sows. In addition, she serves on a number of animal welfare-related national scientific advisory committees.

The AVMA Bylaws state that proposed amendments to the constitution and bylaws shall be published in the “journal of the Association” at least 30 days before the House of Delegates considers them. In accordance, a proposed new bylaws document is published in the News section of the June 1 issue of JAVMA, which is also posted online. The HOD will address the amended and restated bylaws at its 143rd annual session, July 14-15 in Honolulu.

Current practice among many organizations is adoption of governing bylaws without a constitution. The HOD will vote on whether to strike the current AVMA Constitution and Bylaws in their entirety and replace them with the proposed bylaws.

In preparation for adoption of new bylaws, an amendment was introduced in the HOD in July 2004 to strike the constitution in its entirety. Since January of that year, each working draft bylaws revision has incorporated suggestions submitted by members of the HOD, House Advisory Committee, Executive Board, Judicial Council, and other AVMA entities. This spring, the board and HAC finalized the proposed revision.

In its current form, the AVMA Constitution and Bylaws is printed in the 2006 AVMA Membership Directory & Resource Manual.

AVMA members who want to express an opinion about the proposed bylaws are encouraged to communicate with their AVMA delegate. Members of the HOD are listed in the AVMA directory, beginning on page 16.

The AVMA is seeking input to help develop a new version of the examination of knowledge for step 3 of the Educational Commission for Foreign Veterinary Graduates certification program.

In May, the Association sent individual e-mail messages inviting a broad representation of the profession to fill out an online survey validating knowledge statements and clinical skills for a new examination. The Association encourages veterinarians who received an announcement to fill out the online survey, which is accessible through a link in each e-mail invitation.

The ECFVG step 3 survey will remain online until June 15. More information is available by contacting Annie Liu, AVMA testing coordinator, at ALiu@avma.orgor (800) 248-2862, Ext. 6682. Information about the ECFVG program is available at www.avma.org/education/ecfvg/default.asp.

This year marks the 100th anniversary of the Food and Drug Administration, which has the distinct honor of being the nation's oldest consumer protection office. A formal ceremony in Washington, D.C., is planned for June 30, and commemorative events are scheduled throughout the year in Atlanta, Dallas, Philadelphia, Chicago, and elsewhere. For more information about the FDA centennial, visit www.fda.gov/centennial.

The FDA has provided Americans with increasingly comprehensive, science-based protections to ensure the highest quality of products essential for health and survival. Today, these products represent almost 25 percent of all consumer spending and include 80 percent of the national food supply and all human drugs, vaccines, medical devices, tissues for transplantation, equipment that emits radiation, cosmetics, and animal drugs and food.

“One hundred years of success is worthy of celebration,” said FDA's acting commissioner, Andrew C. von Eschenbach, M.D. “In the FDA's second century, we will build on a foundation success to create a science-led regulatory agency dedicated to improving and enhancing health. Our second century will be based on new opportunities, but grounded in evengreater responsibility.”

The FDA traces its origins to June 1906 when President Theodore Roosevelt signed the Pure Food and Drugs Act and entrusted the Department of Agriculture's Bureau of Chemistry with implementing the law. Eventually, the bureau became the FDA.

Tufts University has recently appointed Dr. Deborah Turner Kochevar as dean of the Cummings School of Veterinary Medicine, effective Aug. 1. She succeeds Dr. Philip C. Kosch, who spent a decade as dean before taking a sabbatic year and a position at the provost's office. Dr. M. Sawkat Anwer has served as interim dean.

Dr. Kochevar is associate dean for professional programs at Texas A&M University's College of Veterinary Medicine and Biomedical Sciences, where she holds the Wiley Chair of Veterinary Medical Education. She also is professor of veterinary physiology and pharmacology, with a joint appointment in medical physiology. She has been on the faculty at Texas A&M since 1987, and she served as acting dean in 2004 and in 2005. She graduated from Texas A&M in 1981 and earned a PhD in cellular and molecular biology from the University of Texas Southwestern Medical Center in 1987.

Among Dr. Kochevar's many awards for teaching is the Student AVMA's National Teaching Award in Basic Science. Her research focuses on pharmacology and on cellular and molecular biology.

From 1996-1997, Dr. Kochevar spent a year in Washington, D.C., as an AVMA Congressional Science Fellow to the Senate Labor and Human Resources Committee. From 1984-1986, she was a fellow through the National Research Service Award program of the National Institutes of Health.

Smith to step down after second term as Cornell dean

Cornell University has announced that Dr. Donald F. Smith, Austin O. Hooey Dean of Veterinary Medicine, will pass his leadership to a successor at the end of his second term in June 2007, concluding a decade as dean.

Provost Carolyn Martin is convening a search committee to recruit a new dean.

Dr. Smith plans to return to the faculty to explore issues concerning veterinarians, particularly the relationship of companion animals to the family structure in America. Also, he will continue to advocate the advancement of the biomedical sciences within veterinary medicine.

During his deanship, Dr. Smith set a course for biomedical research at Cornell's veterinary college with three academic priorities—interdisciplinary collaboration while promoting clinical and diagnostic sciences in infectious disease; cancer biology and oncology; and mammalian genomics.

Dr. Smith has been a member of the faculty at Cornell since 1977, except for four years at the University of Wisconsin School of Veterinary Medicine.

North Carolina State University's board of trustees recently approved establishing the Center for Comparative Medicine and Translational Research at the College of Veterinary Medicine.

The goal of the center is to enhance collaborative, interdisciplinary approaches for the comparative study of animal and human diseases. The NC State colleges of Agriculture and Life Sciences, Engineering, and Textiles will all play a part in the center.

The center's interim director is Jorge Piedrahita, PhD, professor of genomics in the Department of Molecular Biomedical Sciences.

Dr. Piedrahita said the center will focus on innovation, translation, and utilization. The innovation component will include research collaborations among faculty members, leading to translation and testing through clinical trials. The utilization component will forge partnerships with private industry to develop new medicines and drug treatments.

More information about the center is available at www.cvm.ncsu.edu/research/ccmtr/index.htm.

Cornell University's College of Veterinary Medicine has opened a DNA bank through its Department of Clinical Sciences to advance study of the genetic basis for diseases in many species.

Clinicians at the Cornell University Hospital for Animals will take blood samples, with owners' written permission, from the thousands of animals they identify with genetic diseases each year. Technicians will then isolate the DNA, catalog it, and freeze it for storage.

The DNA bank will help scientists improve the diagnosis and treatment of various diseases, develop tests for inheritable diseases, and possibly create new drugs. The bank will also be helpful for studying combinations of genes that contribute to disease susceptibility.

The DNA bank's focus is diseases of dogs. But the archive will represent all species the hospital treats—including cats, horses, cattle, sheep, exotic animals, wild animals, and zoo animals. To date, blood samples have been collected from animals with a variety of diseases, including lymphoma, hepatic disease, bleeding disorders, behavioral problems, orthopedic diseases, endocrinopathies, and cardiac disease.

Cornell's Center for Vertebrate Genomics and Baker Institute for Animal Health are also providing funding for the project.

The University of Wisconsin has announced plans for an Institute for Influenza Viral Research, which will include some of the research programs at the School of Veterinary Medicine.

The institute will house the research program of Dr. Yoshihiro Kawaoka, who is a professor of pathobiologic sciences at the veterinary school. His studies have led to new methods for making influenza vaccines and antiviral drugs.

The University of Wisconsin and the Wisconsin Alumni Research Foundation partnered to fund the facility, which the university expects to complete by fall 2007.