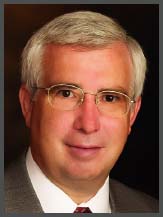 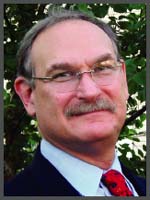 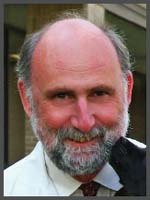 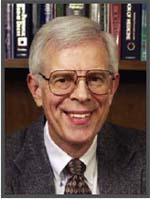 According to the World Health Organization, domestic cats on the German island of Ruegen died of the disease, likely after feeding on infected birds. A marten, a mammal in the same subfamily as the weasel, also contracted the virus on the island.

Cats in Austria might have contracted the H5N1 avian influenza virus, too, according to the European Centre for Disease Control and Prevention.

Some evidence suggests that domestic cats in Asia have contracted the virus in the past. Large cats in captivity have become infected as well. In Thailand, tigers and leopards in zoos have died after consuming chicken carcasses. In Vietnam, captive civets died of the disease.

Dr. Richards writes in “Bird Flu: A Danger to Felines?” that no evidence exists to indicate that infected cats can infect humans, though. His summary of avian influenza in cats is available online at www.vet.cornell.edu/FHCA

Dr. Daniel Aja, immediate past president of the American Animal Hospital Association, said he has heard of European pet owners abandoning their cats for fear of the disease. He said veterinarians in the United States need to step forward to educate clients on the topic. He and Dr. Richards have offered some simple suggestions for reducing the already-low risk of feline infection.

Dr. Richards writes that feeding commercial cat food reduces the risk of infection because temperatures during manufacturing exceed the 70°C necessary to destroy the H5N1 avian influenza virus. He adds that keeping cats indoors prevents exposure to birds and outdoor cats that might be infected.

The AAHA summary of avian influenza in cats for pet owners, “Avian Influenza and Your Cat,” is available at www.healthvpet.com.

As of April 6, the WHO had reported 192 human cases of infection with H5N1 avian influenza virus—leading to 109 deaths. Dozens of countries across Asia, Europe, and Africa had detected the disease in wild birds or domestic poultry.

In addition to cats and martens, pigs and ferrets are also susceptible to infection.

The AVMA Executive Board met March 30-April 1 in Schaumburg, III., to act on its spring agenda, then flew to Washington, D.C., to join members of the House Advisory Committee for the AVMA leadership's biennial legislative contact visit to Capitol Hill. While in the capital, the board met with the HAC to discuss the most recent draft AVMA Bylaws revision, in preparation for finalizing it prior to sending it to the House of Delegates for approval. Board chair Dr. Robert E. “Bud” Hertzog, District VII, presided over the board meeting.

The board approved providing $10,000 toward this year's Merck-Merial Veterinary Scholars Symposium from Aug. 3-6 at Louisiana State University. The event showcases veterinary students who participate in summer research programs. The AVMA also was a sponsor of the 2005 symposium at the University of Georgia—which attracted more than 200 students, speakers, and scholars.

“Research is essential to the AVMA,” President Henry E. Childers said during discussion about whether to also support the Merck-Merial Veterinary Scholars Program.

But the board did not approve committing $100,000 annually for three years to expand the summer research program that the Merck Foundation has sponsored for about 20 years.

In its 2005 report “Animal Health at the Crossroads: Preventing, Detecting, and Diagnosing Animal Diseases,” the National Research Council made 11 recommendations to strengthen the nation's animal health framework. The Executive Board approved AVMA support for the concepts of the recommendations. One of two recommendations involving animal health research calls for federal agencies to establish a method to jointly fund new research programs, ensure that veterinary and medical scientists can work as collaborators, and enhance research on animal and zoonotic diseases. The other calls for strengthening the animal health and zoonotic disease research infrastructure. Two recommendations on education and training are aimed at recruiting additional veterinary graduates for careers in certain fields, and on developing a national animal health education plan for individuals from all sectors involved in prevention and early detection of disease through their day-today oversight of animals.

For strategic planning purposes, the board adopted the vision statement Healthy Animals 2010. The statement outlines principles for improving the health of the nation's animal population in the next five years, including promoting practical understanding and deeper knowledge of the value of veterinary research.

The board also approved requesting that the federal government not restrict potential locations for the proposed National Bio- and Agro-Defense Facility to Plum Island, N.Y.The facility would replace the Plum Island Animal Disease Center.

Additionally, the board approved insertion of the topic of biosecurity into the curriculum requirements for accreditation. Veterinary instruction now must include principles and hands-on experiences in biosecurity.

The board allocated $3,300 for a survey of Standards for Accreditation, which the AVMA conducts every four years to assure the Department of Education that the accreditation standards for veterinary medical education are valid and reliable.

The board approved revising the Standard Consent Form and Model Animal Euthanasia Consent Form to emphasize that agents who are acting on behalf of an animal's owner must have authorization to consent to a particular procedure, operation, or euthanasia. The board also approved a form for the Waiver of Treatment(s) or Test(s).

A newly adopted policy on Adverse Event Reporting encourages the development and strengthening of systems for reporting adverse events from medicinal products.

The board received as information the final report of the Animal Welfare Governance Task Force. One of its charges was to advise the board on the governance structure that would most effectively address the AVMA's goals for animal welfare. As recommended by the task force, the board voted against initiating a bylaw change to establish an animal welfare council and instead approved proposed revisions to the charge and composition of the existing Animal Welfare Committee, with slight modifications. The cost is $13,410 for an increased meeting budget, and up to $5,000 per year for entity meetings and site visits. Because of the new committee structure, the board rescinded an action that provided for yearly meetings of the animal welfare committee chairs of certain constituent organizations.

The AVMA Executive Board elections for districts VII and IX have concluded. AVMA staff counted the mail ballots March 16.

In District VII, AVMA members elected Dr. Clark K. Fobian of Sedalia, Mo. His opponent was Dr. Richard Sibbel of Ankeny, Iowa. At the close of the 2006 annual session of the AVMA House of Delegates in Honolulu this July, District VII will comprise Iowa, Minnesota, Missouri, Nebraska, North Dakota, and South Dakota. Members in those states elected Dr. Fobian to the board.

Drs. Fobian and Cohn will take office July 19 at the first regular meeting of the board following the close of the 2006 HOD session. Dr. Fobian will replace Dr. Robert E. “Bud” Hertzog, and Dr. Cohn will succeed Dr. R.Tracy Rhodes.

Researchers at the College of Veterinary Medicine and Biomed-ical Sciences at Texas A&M University are studying correlations between dietary intake of docosahexaenoic acid and the visual stimulus response in dogs.

Dr. John E. Bauer, the Mark L. Morris Professor of Clinical Nutrition, and his associates in the Department of Small Animal Clinical Sciences published their findings in the August 2005 issue of the Journal of Nutrition; it is accessible via www.nutrition.org. (Heinemann KM.Waldron MK, Bigley KE, Lees GE, Bauer JE. Long-chain (n-3) polyunsaturated fatty acids are more efficient than a linolenic acid in improving electroretinogram responses of puppies exposed during gestation, lactation, and weaning. J Nutrition 135:1960-1966, 2005.)

The researchers elected to focus on dietary lipid (fat) metabolism, because some fatty acids such as DMA cannot be synthesized by animals, including humans, and must therefore be ingested. Dr. Bauer explains, “There is evidence in nonhuman primates and premature infants that omega-3 fatty acids help the overall development and functional capacity of the nervous system as measured by response to non-invasive visual stimulus.”

Bauer's team analyzed elec-troretinogram responses from a test group of 56 12-week-old puppies that were given clinically safe concentrations of DMA from gestation throughout lactation and at the time of weaning. The team found significant improvements in visual performance among puppies on DMA diets in terms of perceptual intensity, response time, transduction efficiency, and low-light sensitivity.

Dr. Bauer believes this nutritional research will have far-reaching effects on companion animal nutritional guidelines, especially puppy formulas and dietary supplements. In addition, he believes that future research may eventually lead to identifying optimal food blends that benefit other sensory functions in companion animals, such as smelling or hearing.

Injecting a sugar into a cow's udders to mobilize an immune system response may give dairy producers an alternative to antimicrobials for fighting mastitis, according to the Department of Agriculture's Agricultural Research Service.

In trials at the USDA-ARS's Bovine Functional Genomics Laboratory in Beltsville, Md., researchers found that injecting cows with the yeast sugar poly-x reduced mastitis at one-twelfth the cost of antimicrobials.

Mastitis costs the U.S. dairy industry approximately $2 billion annually in animal and dairy-production losses, according to the USDA-ARS.

The researcher's patent-pending approach is based on studies at the laboratory, which showed that increasing milk's white blood cell count prevents infection by mastitis-causing bacteria. When injected into nonlactating dairy cows, poly-x functions as a kind of bugle call that mobilizes the cells to attack mastitis pathogens, the USDA-ARS reported.

Dr. Lance E. Perryman, dean of the Colorado State University College of Veterinary Medicine and Biomedical Sciences, was named the 41st president of the Association of American Veterinary Medical Colleges in March.

Dr. Perryman graduated in 1970 from Washington State University. He is a diplomate of the American College of Veterinary Pathologists. Dr. Perryman has served as a professor in the Department of Veterinary Microbiology and Pathology at WSU and as associate dean for research and graduate studies. He also was a professor and head of the Department of Microbiology, Pathology, and Parasitology at North Carolina State University College of Veterinary Medicine.

Dr. Perryman serves on the AVMA/AAVMC Joint Committee, which monitors changes in, and the future direction of, veterinary medicine in North America.

The ARS presented awards to scientists who earned PhD degrees within the past decade and have been with the agency for seven years or less. The ARS highlighted Dr. Water's contribution to the diagnosis and control of tuberculosis in livestock and wildlife.

Dr. Waters, who earned his PhD in immunobiology from Iowa State University, is a veterinary medical officer with the ARS Bacterial Diseases of Livestock Research Unit in Ames, Iowa.

The Dr. Bruce Pratt Distinguished Professorship in Veterinary Medicine will be within the Department of Clinical Sciences, which includes the large- and small-animal teaching hospitals and a radiology section.

A 1953 graduate, Dr. Pratt operated Holly Hall Animal Hospital in Beaufort, S.C., until retiring in 1993. Earlier, he had served in the U.S. Air Force for three years.

He inherited the $1 million that he donated from his grandparents. His grandfather was one of the founders of Feenamint, a laxative manufacturer, which later became part of Schering-Plough, the pharmaceutical company. Dr. Pratt's grandmother founded the Rockland County, N.Y., Society for the Prevention of Cruelty to Animals.