OBJECTIVE To evaluate effects of administration of a 4.7-mg deslorelin acetate implant on egg laying in healthy cockatiels (Nymphicus hollandicus).

PROCEDURES 26 breeding pairs (a female and its respective male in each pair) were selected on the basis of their history of egg laying. Female birds were sedated and received a 4.7-mg deslorelin acetate implant (n = 13) or placebo implant (13) in the subcutaneous tissues between the scapulae. Male and female birds of each breeding pair were placed in separate but adjacent cages. Birds were exposed to 16 hours of light and 8 hours of darkness. A nest box was placed in cages of female birds to stimulate reproductive activity. Egg production and quality were monitored daily for 365 days. 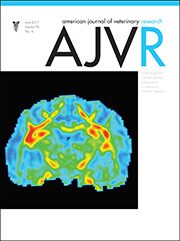 A 4-year-old spayed female mixed-breed rabbit was evaluated because of a 3-year history of sneezing and nasal discharge that were refractory to medical management.

Signs of chronic left-sided rhinitis and sinusitis were observed on physical examination and confirmed by CT evaluation. Lysis of the rostral aspect of the left maxillary bone and destruction of nasal turbinates were evident on CT images.

This report describes a surgical approach for treatment of chronic rhinitis in companion rabbits with maxillary sinus involvement that included creation of a permanent drainage pathway from the maxillary sinus to the middle nasal meatus. 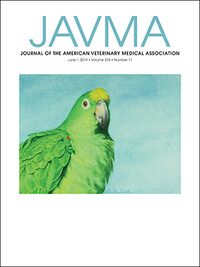