Clear All Modify Search
Puppy socialization practices of a sample of dog owners from across Canada and the United States
Authors Janet H. Cutler, Jason B. Coe, and Lee Niel

PROCEDURES Participants completed a survey at enrollment (to gather data regarding owner demographics and puppy characteristics) and again when puppies were 20 weeks of age (to gather information on socialization practices and owner responses to misbehavior and signs of fear in their puppy). Responses were compared between owners that did (attendees) and did not (nonattendees) report attending puppy classes.

RESULTS 145 (49.0%) respondents reported attending puppy classes. Class structure differed greatly among respondents. Attendees exposed their puppies to a greater number of people and other dogs than nonattendees as well as to various noises and situations. Puppies of attendees were less likely than puppies of nonattendees to have signs of fear in response to noises such as thunder and vacuum cleaners as well as to crates. Fewer attendees reported use of punishment-based discipline techniques than did nonattendees. Almost one-third of puppies received only minimal exposure to people and dogs outside the home during the survey period.

CONCLUSIONS AND CLINICAL RELEVANCE A notable number of puppies < 20 weeks of age in this study received few early socialization opportunities, which could lead to behavior problems and subsequent relinquishment. Opportunities exist for veterinarians to serve an important role in educating puppy owners about the importance of early puppy socialization and positive reward training. 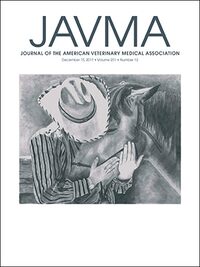 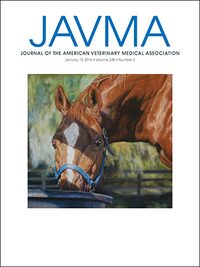 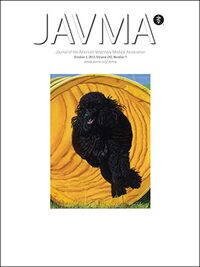 An online questionnaire was developed to evaluate respondent demographics and use of common cat handling practices and techniques. A snowball sampling method was used to send a link to the questionnaire to members of Canadian and US veterinary-affiliated groups. Descriptive statistics were generated; logistic regression was used to identify demographic factors associated with the use of minimal and full-body restraint with scruffing during routine examination and procedures for fearful and aggressive cats.

Results suggested that full-body restraint is commonly used to handle cats. Further research is necessary to determine whether current handling recommendations are effective in decreasing stress for cats during veterinary visits. 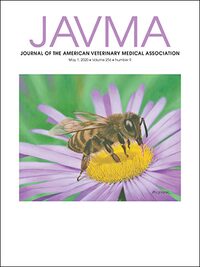 To evaluate the influence of owner presence on behavioral and physiologic indicators of fear in dogs during routine physical examinations.

Dogs underwent a standardized, video-recorded examination consisting of 6 phases (examination of the head, lymph node palpation, body palpation, axillary temperature measurement, heart rate assessment, and respiratory rate assessment) with or without their owner present in a randomized, controlled study. Behaviors reported to be indicative of fear, including reduced posture, avoidance, escape, lip licking, body shaking, yawning, and vocalizing, were assessed during each phase, and physiologic measurements were assessed during relevant phases by the investigator. Owner presence and sex and age of dogs were investigated for associations with behavioral signs of fear; behavioral and physiologic measurements were compared between groups (owner present vs owner absent).

Results suggested that, when practical, owners should be encouraged to remain with their dog during routine veterinary examinations. However, effects of owner presence during procedures require further investigation. (J Am Vet Med Assoc 2020;257:1031–1040) 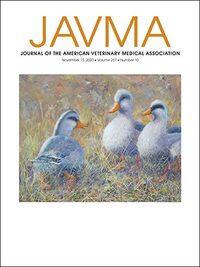