Two human rabies cases were reported from California and Missouri during 2008. The California case involved a recent immigrant from Mexico and was attributed to a newly identified rabies virus variant most likely associated with Mexican free-tailed bats. The case in Missouri was attributed to a rabies virus variant associated with eastern pipistrelle and silver-haired bats. 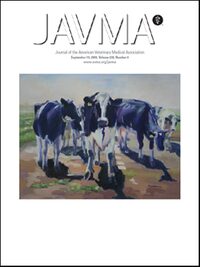