Procedures—Medical records from dogs that had undergone gastrotomy, gastroduodenoscopy, or gastroscopy between September 2002 and September 2007 were identified. Dogs were included in the study when histopathologic abnormalities were detected during evaluation of gastric tissue sections. History, clinical examination findings, results of diagnostic tests, diagnoses, treatments, and outcome were recorded for each dog.

Results—67 dogs with gastric histopathologic abnormalities were included in the study. The most frequent clinical sign recorded was vomiting (36/67 [53.7%] dogs). The most common biochemical abnormality recorded was panhypoproteinemia (27/64 [42.2%] dogs). Lymphoplasmacytic gastritis was the most frequent histopathologic finding recorded (34/67 [50.7%] dogs). For dogs in which both intestinal biopsy specimens and gastric biopsy specimens were collected, concurrent pathologic changes were recorded in 43 of 60 (71.7%) dogs.

Conclusions and Clinical Relevance—Results of this study suggested that intestinal pathologic changes are commonly concurrent in dogs with gastric pathologic changes. This supports the practice of collecting both gastric and duodenal biopsy specimens every time gastroduodenoscopy is performed. Lymphoplasmacytic gastritis was the most commonly recorded gastric histopathologic finding and was often of minimal or mild severity. 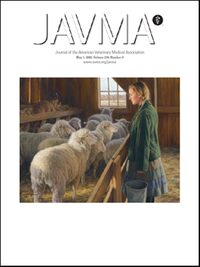 Procedures—The medical records database of a veterinary teaching hospital was searched for records of dogs in which hepatic encephalopathy was diagnosed between October 1, 1991, and September 1, 2014. Hepatic encephalopathy severity was graded on a 5-point scale, and the correlation between disease severity and plasma ammonia concentration was determined. Respective associations between hepatic encephalopathy and systemic inflammatory response syndrome, gastrointestinal hemorrhage, dietary indiscretion, constipation, furosemide treatment, azotemia, hypokalemia, hyponatremia, alkalosis, and hyperammonemia were assessed by Fisher exact tests followed by multivariable logistic regression. 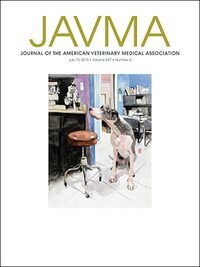 OBJECTIVE To develop and validate a sandwich ELISA for the measurement of α1-proteinase inhibitor (α1-PI) concentrations in serum and fecal samples obtained from common marmosets (Callithrix jacchus).

PROCEDURES A sandwich ELISA was developed and analytically validated by determining the lower limit of detection, linearity, accuracy, precision, and reproducibility. Reference intervals for α1-PI concentrations in serum and feces of common marmosets were calculated.

CONCLUSIONS AND CLINICAL RELEVANCE The ELISA was linear, accurate, precise, and reproducible for quantification of α1-PI concentrations in serum and feces of common marmosets. However, the ELISA had limited linearity and accuracy for spiking recovery of fecal samples. 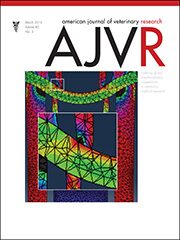 The method described here for the quantification of trans-4-hydroxy-l-proline concentration in canine serum was found to be sensitive, specific, precise, accurate, and reproducible. Dogs with chronic hepatitis had significantly lower serum trans-4-hydroxy-l-proline concentrations than did healthy control dogs, possibly as a result of altered hepatic metabolism of amino acids. 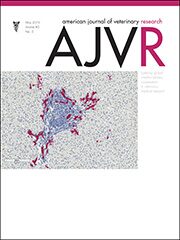 OBJECTIVE To analytically validate a gas concentration of chromatography–mass spectrometry (GC-MS) method for measurement of 6 amino acids in canine serum samples and to assess the stability of each amino acid after sample storage.

PROCEDURES GC-MS was validated to determine precision, reproducibility, limit of detection, and percentage recovery of known added concentrations of 6 amino acids in surplus serum samples. Amino acid concentrations in serum samples from healthy dogs were measured before (baseline) and after storage in various conditions.

CONCLUSIONS AND CLINICAL RELEVANCE GC-MS measurement of concentration of 6 amino acids in canine serum samples yielded precise, accurate, and reproducible results. Sample storage at −80°C for 1 week had no effect on GC-MS results. 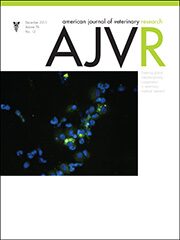 Food was withheld from the dogs for 12 hours, baseline blood samples were collected, then dogs were fed. Postprandial blood samples collected 1, 2, 4, and 8 hours later were assessed. A mixed-effects ANOVA model with fasting duration (time) as a fixed factor and dog as a random effect was fit for each analyte variable. Additionally, a mixed-effects ANOVA model controlling for the variable of time was fit to assess whether lipemia affected serum concentrations of the analytes.

Although results indicated that feedings rarely resulted in clinically important differences in the median serum concentrations of cobalamin, folate, cPLI, or cTLI in healthy dogs, given the further processing required for lipemic samples, withholding food for at least 8 hours is an appropriate recommendation when measuring these analytes. Similar research is needed in dogs with gastrointestinal disease to determine whether the withholding of food is necessary when measuring these analytes in affected dogs. 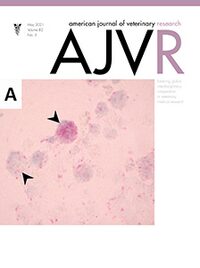 To determine the effects of leukoreduction on N-methylhistamine (NMH; a stable histamine metabolite) concentration in units of canine whole blood during storage and incubation at room temperature (approx 22 °C) to simulate temperature conditions during transfusion.

Units that underwent leukoreduction had substantially lower leukocyte and platelet counts than nonleukoreduced units. Plasma NMH concentration increased immediately after leukoreduction but did not change significantly during the subsequent 28 days of storage, nor did it differ between units that did and did not undergo leukoreduction.

Leukoreduction and simulated transfusion temperature did not affect the histamine load in units of canine whole blood during the first 28 days of storage. Further research is necessary to determine whether histamine contributes to the development and severity of blood transfusion reactions in dogs. 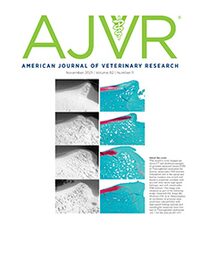