Clear All Modify Search
Sedative and cardiopulmonary effects of buccally administered detomidine gel and reversal with atipamezole in dogs
Authors Jennifer I. Kasten, Kristen M. Messenger, and Nigel B. Campbell

OBJECTIVE To evaluate hemodynamic, respiratory, and sedative effects of buccally administered detomidine gel and reversal with atipamezole in dogs.

RESULTS Compared with baseline values, heart rate was lower at 45 to 150 minutes, cardiac output and oxygen delivery were lower at 30 to 150 minutes, and systemic vascular resistance was increased at 30 to 150 minutes. There were no significant changes in Paco 2, Pao 2, or lactate concentration at any time point, compared with baseline values, except for lactate concentration at 180 minutes. All dogs became sedated; maximum sedation was detected 75 minutes after administration of detomidine. Mean ± SD time to recovery after atipamezole administration was 7.55 ± 1.89 minutes; sedation was completely reversed in all dogs. No adverse events were detected. 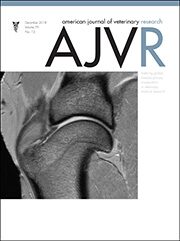 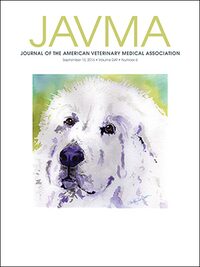