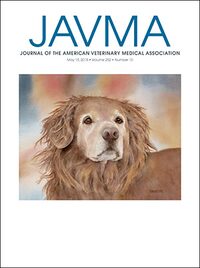 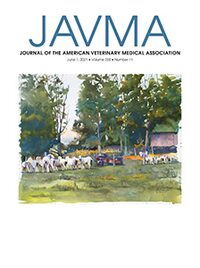 Clinical Findings—In each outbreak, morbidity rate was high, there were an appreciable number of deaths, and ferrets of all ages were affected. Affected individuals had acute onset of diarrhea, and feces often contained frank or digested blood. Other clinical signs included dehydration, weakness, lethargy, and weight loss. Fecal examinations of affected ferrets revealed sporadic and inconsistent shedding of coccidial oocysts. Necropsy findings included moderate to marked atrophic enteritis associated with numerous intraepithelial and fewer extracellular coccidial life stages. Sporulated oocysts isolated from feces were consistent with Eimeria furonis. A PCR assay was performed on formalin-fixed, paraffin-embedded sections of intestine for the gene encoding the small subunit of rRNA yielded products with sequences identical to those described for E furonis.

Treatment and Outcome—Supportive care and treatment with sulfadimethoxine over the course of these outbreaks was palliative, but long-term treatment was required and failed to completely eradicate infection as identified by the subsequent finding of oocysts in fecal samples.

Clinical Relevance—Enteric coccidiosis due to infection with E furonis has typically been reported to be subclinical rather than to cause severe gastrointestinal disease in ferrets. This report indicated that infection with E furonis may have contributed to severe enteric disease with high morbidity and mortality rates in 3 densely populated, dynamic groups of ferrets. Furthermore, long-term treatment with anti-coccidials may be required in outbreak situations, but may be ineffectual in completely eradicating infection. 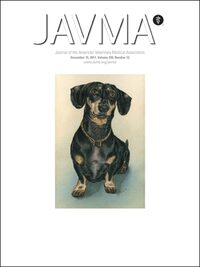 OBJECTIVE To compare biomechanical and histologic features of heart valves and echocardiographic findings between Quarter Horses with and without heritable equine regional dermal asthenia (HERDA).

PROCEDURES Ultimate tensile strength (UTS) of aortic and mitral valve leaflets was assessed by biomechanical testing in 5 horses with HERDA and 5 horses without HERDA (controls). Histologic evaluation of aortic and mitral valves was performed for 6 HERDA-affected and 3 control horses. Echocardiography was performed in 14 HERDA-affected and 11 control horses. Biomechanical data and echocardiographic variables of interest were compared between groups by statistical analyses,

RESULTS Mean values for mean and maximum UTS of heart valves were significantly lower in HERDA-affected horses than in controls. Blood vessels were identified in aortic valve leaflets of HERDA-affected but not control horses. Most echocardiographic data did not differ between groups. When the statistical model for echocardiographic measures was controlled for body weight, mean and maximum height and width of the aorta at the valve annulus in short-axis images were significantly associated with HERDA status and were smaller for affected horses.

CONCLUSIONS AND CLINICAL RELEVANCE Lower UTS of heart valves in HERDA-affected horses, compared with those of control horses, supported that tissues other than skin with high fibrillar collagen content are abnormal in horses with HERDA. Lack of significant differences in most echocardiographic variables between affected and control horses suggested that echocardiography may not be useful to detect a substantial loss of heart valve tensile strength. Further investigation is warranted to confirm these findings. Studies in horses with HERDA may provide insight into cardiac abnormalities in people with collagen disorders. 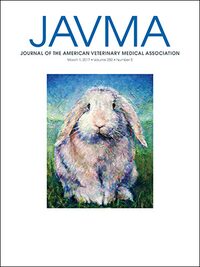 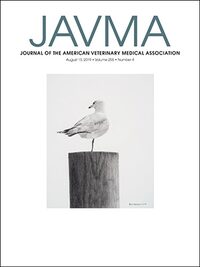