PROCEDURES Archived tumoral and control lymph node specimens underwent multiplex qPCR analysis with probes and primers against canine PD-L1 and glyceraldehyde 3-phosphate dehydrogenase (housekeeping gene) to determine PD-L1 mRNA expression. The 2−ΔΔCt method was used to calculate the fold change in PD-L1 expression in DLBCL specimens relative to that in control lymph nodes. Kaplan-Meier and Cox proportional hazard analyses were used to evaluate the association of various tumoral and clinical factors with PFST.

RESULTS The fold change in PD-L1 mRNA expression in DLBCL specimens relative to control specimens ranged from 0.21 to 7.44. Twenty-one of 42 (50%) DLBCL specimens had a PD-L1-fold change > 1, which suggested PD-L1 was overexpressed in those specimens. Median PFST was 249 days for dogs with DLBCL. The PFST was not associated with PD-L1 mRNA expression but was associated with thrombocytopenia at the time of diagnosis (hazard ratio, 2.56; 95% confidence interval, 1.28 to 5.15).

CONCLUSIONS AND CLINICAL RELEVANCE Results indicated that tumoral PD-L1 mRNA expression varied among dogs with DLBCL and that PD-L1 MRNA was overexpressed in half the study population. Therefore, anti–PD-L1 therapies may be clinically beneficial for some dogs with DLBCL. 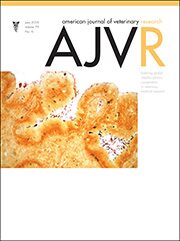 Results—FRs were not detected with immunohistochemical analysis in lymph node samples obtained from the 10 dogs or in archival biopsy specimens. However, nuclear scintigraphy revealed uptake of radioactive tracer in 6 of 10 dogs. Five of these 6 dogs were treated with an FR-targeted chemotherapeutic agent; results of treatment were complete remission in 1 dog, stable disease in 2 dogs, and progressive disease in 2 dogs. Treatment-related toxicoses generally were mild.

Conclusions and Clinical Relevance—This study provided strong evidence for folate uptake in a substantial portion of multicentric lymphomas of dogs and indicated the antitumor activity of FR-targeted chemotherapeutics for these cancers. Use of FR-targeted chemotherapeutics may be promising for the treatment of FR-expressing multicentric lymphomas in dogs. Further studies are needed to determine reasons for lack of immunoreactivity to currently identified anti-FR antibodies and to develop improved methods for detecting FRs in lymphomas of dogs. 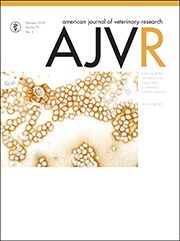