Clinical Findings—Preanesthetic physical examination revealed a high rectal temperature, and serum biochemical analysis revealed high muscle and liver enzyme activities. The dog was anesthetized twice. The dog was anesthetized with isoflurane and developed moderate hypercarbia and mild hyperthermia. Injectable anesthetic agents were used to anesthetize the dog the second time, during which the dog developed severe malignant hyperthermia. A genetic test performed after anesthesia did not reveal a mutation of the RYR1 gene, the gene that mediates calcium-release channels in skeletal muscle. On the basis of clinical features, and because other neuromuscular disorders were ruled out, a genetic channelopathy involving the skeletal muscle ion channels was suspected.

Treatment and Outcome—The dog was disconnected from the breathing system, and active cooling of the body was performed with ice packs applied to the body surface and alcohol applied to the foot pads. Cold crystalloid solutions were administered IV. Intermittent positive-pressure ventilation with 100% oxygen was performed to decrease end-tidal partial pressure of carbon dioxide. Because dantrolene was not available, acepromazine was administered to facilitate a decrease in body temperature. The dog recovered from malignant hyperthermia and was discharged to the owner after 13 days of hospitalization.

Clinical Relevance—Dogs affected by genetic muscle disorders should be considered at risk for perianesthetic malignant hyperthermia, even in the absence of an RYR1 gene mutation. 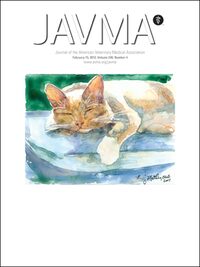 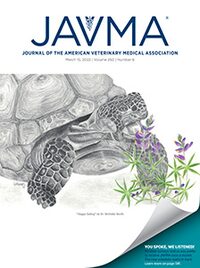