The AVMA has new or revised policies on raw milk, use of prescription drugs, reporting of adverse events, genetic modification of animals in agriculture, and approval and availability of antimicrobials for food-producing animals.

The AVMA House of Delegates approved the policies during its regular annual session, held July 28-29 in Philadelphia in conjunction with AVMA Convention 2022. The AVMA Board of Directors had referred the policies as resolutions to the House with recommendations for approval.

The AVMA Food Safety Advisory Committee reviewed the AVMA policy on “Raw Milk” and proposed revisions for clarity and accuracy, and the HOD made a few tweaks to be further explicit. 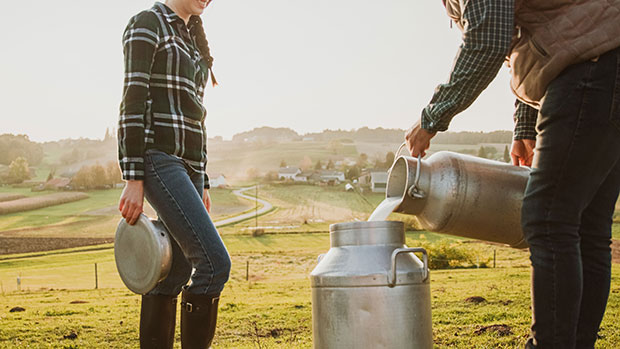 The revisions emphasize that nonhuman mammals are the source of milk addressed by the policy and that pathogenic organisms may be difficult to detect. One revision added, “These pathogens can be shed directly from the animals or introduced via environmental contamination during the milking and packaging process.”

Another revision changed the statement that “only pasteurized milk and milk products should be sold” to now state, “The AVMA recommends that fluid nonhuman mammalian milk sold or distributed to consumers be pasteurized and all dairy products be produced under a scientifically validated food safety program.”

The Food Safety Advisory Committee considered the risk associated with consumption of fluid milk specifically and concluded that fluid milk intended for direct consumption should always be pasteurized. However, other dairy products may be able to be produced under a scientifically validated food safety program alternative to pasteurization.

The HOD reference committee that discussed the policy requested that educational materials regarding raw milk be prepared for the public.

The Animal Agriculture Liaison Committee proposed the revisions to the policy “Genetic Modification of Animals in Agriculture.” The final wording includes the addition of the following: “The United States Department of Agriculture (USDA) is designated as the lead department for the health of all farm-raised animals under the Animal Health Protection Act of 2002. The AVMA believes the USDA should have primary responsibility in matters of genetic modification of farm-raised animals to facilitate innovation, foster commercialization, and manage health and welfare from a One Health standpoint.”

The Food and Drug Administration has been regulating genetic modifications to food animals as drugs.

The Committee on Antimicrobials proposed revisions that now update the policy “Approval and Availability of Antimicrobials for Use in Food-Producing Animals.”

The heated topic of raw milk

Genetically modified cattle may be sold for food in U.S.